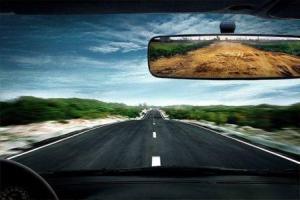 There is no such place as Paradise

By this time of the evening – after 7 pm – the farmers have all gone home for their dinner. So there are no tractors: only the sound of a dog or two yelping at the sky, some jays having a domestic, and Mme la fermiere’s cows offering the odd moo from the next-door field. It’s my favourite time of day…a chance to wonder what exactly one did to wind up spending summers in such a paradise.

It only feels paradisical for we etrangers, of course. For the locals, it is the hum of a very drum life. And in such a life, as the French say, “Il faut papoter in peu” – there’s always the gossip.

In our local village at the moment, the main source of tongue-wagging concerns the irregular hours and eccentric habits of Mme le Medicin. She is a she, but medicin is a he, and this is still a male chauvinist country ruled with an iron hand by the Academie Francaise. Either way, the GP is behaving oddly.

Not since the pharmacist popped his clogs at the age of 48 two years ago has there been such a sensational development. Here was a man who dispensed wisdom on the edibility or otherwise of field mushrooms, taken from us at such a young age. His dispensed sagesse was indispensable (contradictory as that may seem) but suddenly he was no more. So only le Medecin was left.

But Mme le Medicin has perdu la tete: and the word is, she’s on the bottle.

This wouldn’t surprise me, as I’ve always had the highest regard for her. The first time I went for a consultation with this gravel-voiced lady, she was – as they say on Harry Enfield’s show – “smokin’ a fag”. This doesn’t happen any more in the UK: GPs in Blighty are miseries almost down to the last man or woman. But our GP here is a free thinker. A gamine, a waif, and altogether admirable. On meeting her at a local market a year after that first diagnosis, I explained that she had treated me for gout. “Mon Dieu”, she said, “And you are still alive?”

However, apart from the fact that she has frapped la bouteille, there are no further details. So tongues are wagging like the tail of a terrier offered fricassee du lapin.

Another mainline of gossip here involves the two brothers who farm the field between us and our nearest neighbours. When I say they’re a peculiar pair, what I mean is that if you gave them a banjo each, it would add up to one of the more menacing scenes from Deliverance. Their eyes are most definitely too close together, and they have those pinched features which scream ‘cretin’. Their mother too was a drinker, but one day five years ago – perhaps in despair at what she had spawned – the matriarch hanged herself.

Three days ago, the two siblings decided it would be a good idea to start baling the hay from their field. This is the sort of thing farmers do, and as we live in the countryside, we take such things in our stride. The difficult bit was trying to understand why – after a perfect day for baling – they chose to carry out the task at 1.30 in the morning.

They run a farm which is littered with abandoned tractors, car-shells, and thousands of old tyres. The tyres seen on most French farms are usually employed in keeping the covers on silage safe from capricious winds; but in the case of the Brothers Kalamitov, they appear to be a form of decoration. This is perhaps the triumph of Firestone over form – we have no way of telling. All I can report is that the two of them aren’t terribly well integrated into our commune – and the feeling is entirely mutual.

In case you think this sort of information fanciful, I should point out that what I’m giving out here is real life a la campagne in southern France. And while it may jar with the starry-eyed bollocks of endless programmes about property abroad, I have little doubt that the same observations would apply in Italy, Spain, Croatia, and any other rural centre you might care to mention.

Every community on the planet his its tragedies, its comedies, its Underclass, and its hidden shallows. It is in the nature of Homo sapiens to be seriously flawed. This will apply whether you choose to take up residence in Muhammar Gadaffi’s palace, or a Trappist monastery.