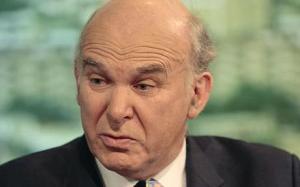 EXCLUSIVE: TREASURY MANDARINS ‘UNABLE TO MAKE SENSE
OF LIBDEM MANIFESTO NUMBERS’
Treasury officials at all levels are finding it impossible to relate figures quoted in the Liberal Democrats’ manifesto to the money likely to be available, The Slog has learned.

Following the first televised debate and issuance of the three Party policy documents, work was commissioned by the Chancellor’s civil servants to establish the relative costs of the plans outlined in the main Party manifestos. In the middle of last week, The Slog was told by a senior Treasury official that the work on the LibDem figures was ‘lagging behind’. Asked to expand on this, the source told us:

“The Government’s figures are straightforward, and as you’d expect the Conservatives differ from it on strategy….but the only fundamental disagreement between the two is on timing. The problem with the Liberal Democrat plans is that they agree with the Government on the timing of savings, but we can’t make their figures on expenditure and cuts make sense.”

Last night, other sources confirmed this. One in particular confirmed the story run three weeks ago by the London Evening Standard that Vince Cable had been contacted in confidence by Treasury officials, and asked to supply more detailed calculations. The other told us that after the Clegg surge, these figures became a more urgent consideration. We were told:

“There’s been a total failure in Whitehall to understand what the the LibDem manfesto is on about. We certainly now think more highly of Osborne and Darling than we do of Mr Cable, because we can’t make head nor tail of his figures”. Expanding on this, our original source said:

“There are examples of vagueness like ‘prison reform’ and ‘cut cost of politics’ which don’t relate to any existing norms at all. On this basis, if the Government put something in the Budget next year saying ‘do education differently’ we wouldn’t know which way to hold that up either”.

So it seems that, after all, there is an even bigger mystery in the LibDem manifesto than the disappearance of the words ‘proportional representation’.