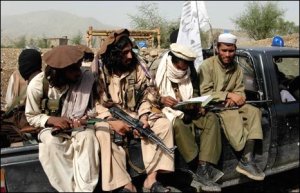 Slog fears of Pakistan’s reliability as an ally vindicated

The general public in Pakistan sees India as a far greater threat than either Al Q’eada or the Taliban. A research study conducted in Pakistan and elsewehere by the Pew Poll during April this year contains some powerful lessons for both the US and the UK. It might’ve been a good idea for the Foreign Office to have read it before David Cameron gave an anti-Pakistan speech in India.

A majority of ordinary Pakistanis see India as the most serious threat to their country -more than twice as many as the 23% who think the Taliban a dangerous threat. A derisory 3% think Al Q’eada is something for them to worry about.

This latter is of course America’s greatest obsession, and US strategists would do well to put themselves in the shoes of regional ‘friends’ – if they still are that: 59% of Pakistanis describe the U.S. as an enemy, and less than one in five – 18% – say they trust the Americans.

President Barack Obama is also very unpopular, with only 8% of Pakistanis expressing confidence that he will do the right thing in world affairs. This is his lowest rating of any major country by a factor of three times….and gives the lie to any idea that his religious background is a plus-point.

The most stark contrast of all, however, is that of the yawning gap between Indian confidence in the US, and Pakistan’s mistrust: 83% of Indians think the US has their interests in mind, but only 19% of Pakistanis do.

There is an obvious lesson here for the Obama administration: its claims to be pro-Islam aren’t credible, and its trust in regional allies like Pakistan is misplaced: most of that country’s citizens see the US as a friend of their greatest enemy….and the enemy next door agrees with them.

Meanwhile, memo to Dave and the FCO: if you’re going to have a go at Pakistan, don’t choose the capital of their biggest foe as the location for doing it. It won’t play well.