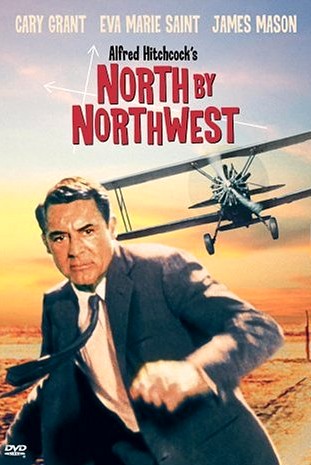 Thrust back into a Europe where night falls at five o’clock and the air temperature is 30 degrees lower than that of the Pacific Ocean, I piled up the log burner this afternoon and looked around on the TV’s Channel finder for something that didn’t include Simon Cowell. I was in luck: on Film 4 was the Hitchcock classic starring Cary Grant, North by North West.

Made at the height of the Cold War, the movie represents Hitchcock at his peak of comedie noir, and Grant as the one male on the planet ahead of Frank Sinatra when it came to style. While the plot is a somewhat slight mistaken-identity-spy-thriller caper, the construction of suspense and twist is faultless, and the script blends acrid wit and languid urbanity in a way that would fly well above the heads of any contemporary audience. From a distance of over half a century in fact, the film resonates subtlety, idealistic struggle and cynical ruthlessness in almost equal measure.

Why is a bollocks-exposing site writing about this? Simply because so many modern cinemagoers insist that late 1950s/early 1960s films look horribly dated in 2010. But if this is so, why is Madmen such a hit, and Psycho still capable of terrifying people who’ve never seen it before? The period 1954-63 included High Society, Come Blow Your Horn, On the Beach, Dr Strangelove, and a memorable series of sophisticated cocktail romances starring Rock Hudson and Doris Day that will never be equalled. Seen today, they accuse our current culture of didacticism and idiocy, while examining human hypocrisy in a manner both timeless and sympathetic.

Several of the scenes from North by North West – the Kansan plane attack, and hanging off Mount Rushmore in particular- have become cinematic legends. The aerial attack on Cary Grant, for example, was pastiched in Mel Brooks’ Hitchcock homage High Anxiety, with a public park lawnmower hilariously replacing the biplane. But  the movie also has a cast of screen actors dating from the era when star quality was decided by the camera lens, not a phone-in. 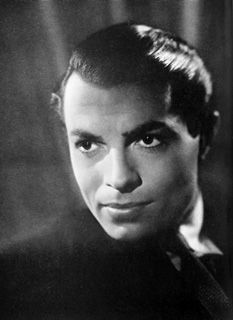 James Mason is wonderfully psychotic as the Soviet spymaster: he could inhale in a way to make Darth Vader a Shirley Temple by comparison. Grant’s love interest Eva-Marie Saint had played Marlon Brando’s Edie in On the Waterfront; she was more sexy with every stitch of clothing on than Katie Price could ever be buck naked. Leo G. Carroll played the emotion-free CIA boss so well, it almost certainly guaranteed his casting as the spy boss in the hit 1960s TV series The Man from Uncle. And Martin Landau’s fish-cold eyes stole many a scene in his role as James Mason’s profoundly nasty assistant Leonard.

Jet lag is an awful condition in which one’s mind is elsewhere, despite the obvious physicality of one’s body here: it may well be living proof of Einstein’s justified belief in the possibility of being in two places at once. But North by North West somehow defeated my body’s desire to dive onto every surface soft enough to enable sleep. The jump-cut towards the end where Cary Grant lifts Eva-Marie Saint off Washington’s nose and into his bed convinced me at the age of 11 that a role in film editing lay ahead of me. A career in advertising was as far as I got – but then Cary Grant’s feckless character Roger Thornhill was a Madison Avenue adman. This may explain a great deal.

The other thing about this site is that it’s supposed to have you leave the site learning stuff you didn’t know on arrival. So here are some facts about the movie and its cast.

North by North West does not exist as a compass direction. Hitchcock allegedly chose the title as a summary of Thornhill’s situation as an innocent Kafkaesque victim of East-West spy intrigue: as Thornhill himself says at one point, “I can’t make head nor tail of it”.

Eva-Marie Saint is still alive and kicking at the age of 84. She retired from movies in 1969, but had a cameo role in the 2006 adventure Superman Returns.

Cary Grant (real name Archibald Alexander Leach) was born in Bristol but emigrated to the US as a young man. He is chiefly famous for never becoming an old man, managing to play opposite female leads young enough be his children. He died in 1986, and left behind a cavalcade of wonderful movies. Once asked by telex ‘How old Cary Grant?’, he answered, ‘Old Cary Grant fine, how you?’ Told by an interviewer in the 1950s that “everyone wants to be Cary Grant”, he replied “So do I”.

James Mason was born in Yorkshire and died at the age of 75 in 1984. He got a 1st in Architecture at Cambridge, and was a conscientious objector during the Second World War. He was considered for the role of James Bond at the same time as Sean Connery, and may well have landed the role had he shown more enthusiasm for it.

Martin Landau is still alive, aged 82. He began his working life as a newspaper cartoonist on the New York Daily News, and was the only actor along with Steve McQueen to be selected for the Actors’ Studio in 1955. He was a close friend of James Dean, for whom he acted as a mechanic on the star’s various cars and motor cycles. He was Gene Roddenberry’s first choice in the role of Mr Spock in Star Trek, but after this narrow escape eventually starred in the original TV series Mission Impossible. Ensnared by the ghastly TV series Space1999, he overcame this setback to secure the Best Supporting Oscar award for his portrayal of Bela Lugosi in the 1994 movie Ed Wood, a performance that won him universally glowing reviews.