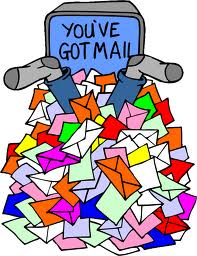 I don’t doubt that 200,000 emails being deleted by Newscorp is an interesting (and probable) confirmation of dirty work; but it isn’t a story in the journalistic sense of the word.

Rather, it is evidence of a possibility. So for the police (I would suggest) the thing they should be doing as I write is raiding the offices of the Mirror first, followed swiftly by the Telegraph and Mail, with a view to total seizure of the email comms systems. Because there is a faint possibility that those horses have not as yet disappeared over the horizon. Piers Morgan is in America of course, but he’ll come back without too much trouble: after all, by the end of August he’s going to have a lot of time on his hands.

As for the Murdoch emails, two things need to be checked before everyone goes off half-cocked. First, the Met needs to check email deletion in the period before May 2010 to the present. If that shows a similar level of deletion – during a time period when the Wapping Liars thought they were inviolate – then this may turn out to be a non-story. Or more evidence of cover-up. The point is, without trend data, the deletions don’t prove anything.

Think about a corporate laptop and its email reception – especially in a media company. Even as a private user, I receive in excess of 60 emails a day. That’s 400+ in a week, and 20,000 in a year. It only takes ten people to generate the email totals alleged to have been deleted. Again, if the same ten people requesting deletions keep coming up again and again – with names like Brooks, Coulson, Edmonson and Murdoch – it’s a big story. Otherwise, it isn’t.

Second, we should wait and see what the deletion agency (and their lawyers) say. I’m worried about all this hoo-hah for the same reason I was becoming anxious last week: it feels like a massive distraction to me.

In the sense of detection of wrongdoing, the place for the Met Police to be right now is other national newspapers in Fleet Street – and some of the television news networks – see Slog story of last week about Steve Nott’s experiences. But on the Watson-Vaz-Miliband axis, there is no culture of dumbed-down celeb crap privacy invasion to be investigated at MGN. The evidence suggests otherwise. It is a Culture, Media & Sport Committee, not the Newscorp Star Chamber.

As I pointed out at the weekend, Get Murdoch has turned into Get the Coalition. Not only is this dishonest, it will backfire in the end: most of this chicanery took place on Brown’s watch….and before that, even murkier stuff under Blair. The Blair-Hayman connection, for example, is obviously a line of enquiry. As is the role of Alistair Campbell in ‘finding out where people were’ – as they say in security circles.