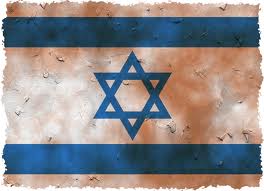 What does that say to the objective commentator?

Here are some interesting facts for the anti-Israel lobby to ponder….and then ignore, screaming about something else once this post is published:

Israel has had nuclear weapons since the late 1960s, and has jealously guarded its monopoly on them in the region. Israel has used force in the past against developing nuclear threats. Iraq in 1981 and Syria in 2007 were the targets of highly effective Israeli airstrikes against developing nuclear-weapons programs. Israel has seriously considered conducting such a strike against Iran and may well do so, especially now that it has special bunker- busting bombs from the U.S.

But Israel has never used nuclear weapons, nor has it threatened to.

Estimates of the size of the Israeli arsenal by international think tanks generally concur that Israel has about 100 nuclear weapons, possibly 200. Even under a crash program, Iran would not reach that size of arsenal for many years, perhaps decades.

It could reduce Iran to a flat nuclear pancake within twenty minutes. But it hasn’t.

Israel will also continue to have conventional military superiority over Iran and the rest of the region. The Israeli Defence Forces (IDF) have a demonstrated qualitative edge over all its potential adversaries in the region, including Iran. The Israeli Air Force has the capability to penetrate air-defence systems with virtual impunity, as it demonstrated in 2007 when it destroyed Syria’s nascent nuclear capability. The IDF’s intelligence and electronic-warfare capabilities are vastly superior to those of any potential rivals in the region.

Not to beat about the bush, Israel could reduce every one of its perpetually bombastic and threatening neighbours to the Stone Age by using its conventional technical weaponry within a matter of days. But it doesn’t.

Does it ever occur to the braindead cadres of blind Islamist fellow-travellers from Vanessa Redbrigade to George Galloway that maybe – just maybe – Israel has such military dominance in the region, it doesn’t need to put up with Hamas threats, hypocritical peace-flotillas, Recep Erdogan’s sabre rattling and Iranian threats to wipe it from the face of the Earth? Do these robotic drones ever for a minute stop to consider what might happen if Israel was the third-world country, and its Arab neighbours had the Bomb?

Throughout the 1970s, I argued over a thousand supper parties that, between 1945 and 1952, the US could have obliterated the USSR free from the fear of reprisal…..but chose not to. At Reykjavik many years later, Gorbachev himself admitted to Reagan that he was well aware that the US could even then have knocked out all the major Russian urban centres with minimal casualties on the American side….but chose not to.

But the same wild bigots who hated the US then, and lionised the entirely malign Soviet Empire, are the same folks – thirty years older – trying now to demonise an Israeli State that could wipe out all its regional enemies with ease.

Ahmadinnejhad is a long-term Iranian security services agent, an election-rigger, and a madman. Anyone who thinks that, given the drop on Israel, this lunatic wouldn’t take full advantage of that opportunity is a babe in arms.

I am no Netanyahu apologist. Aggressive Israeli colonisation must be stopped. But the majority of Israelis would agree with me. I know this, because it is a free society, with liberal democracy woven into its politics. I can go to its websites, and read about the differing shades of opinion. Can I do this in Syria? In Iran? And will I be able to in a future Egypt or Libya? Did anyone spot the Islamic Brotherhoos out on the streets throwing its weight about this morning? That didn’t take long.

Cue shoals of emails calling me delusional, racist, a Zionist conspirator, etc etc etc. Well, write what you like: I know what is real insofar as modern history, Arab forms of government, and who my country’s one true ally in the Middle East is….even if half-baked twits like David Cameron don’t.