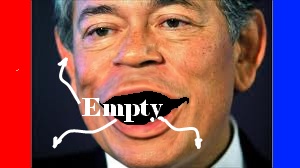 I was watching HIGNFY on BBC1 last night, and found myself irritated by the deliberate obtuseness of Marcus Brigstock in using Jeremy Clarkson’s homicidal gag about public sector strikers to suggest that the Top Gear presenter really might be some Cossack psychopath gagging to realise his fantasy. But then immediately after Brigstock’s arch sneer, I was delighted when the thoroughly delectable anchor Kirsty Young showed the One Show clip unedited. Immediately afterwards – staring pointedly at the unfunny Brigstock – Young said, “So then, taken slightly out of context perhaps?”

One of the few really good things about Clarkson is that he is likely to call any back-bottom he encounters an arsehole – regardless of what community they might be from. The fact that his main nastiness in recent years has been aimed at Gordon Brown, Lord Mandelson, Piers Morgan and public sector strikers would suggest a right-wing bias – but it also reflects the obvious fact that the Left has more than its fair share of arseholes to pillory. Some public sector workers get a raw deal: but not as many as private sector workers. The strikes will have no effect, and just make a (partly New Labour-created) mess even worse; so yes – they’re stupid to go on strike….just as stupid, in fact, as bankers are for continuing to take bonuses.

Clarkson is also on the record as saying he’d like to run over a banker. But the threat by Dave Prentiss to sue the Beeb over Clarkson’s striker-shooting remarks took me back to those worrying late 1970s years when the Unions clearly aspired to be the force in the land. It did so because I’ve yet to meet a trade union official with a sense of humour. The same is true of ‘committed’ feminists (I’d love to meet an apathetic feminist), most MPs, anyone who writes at Liberal Conspiracy, and every senior US advertising client I ever met. Bankers, by contrast, must have a sense of humour, because they’ve been taking the piss non-stop since 2004.

Reading the tabloids – wallowing this morning in the attempt to strip former Lloyds boss Eric Daniels of his bonuses -was delightful on almost every level. Most Brits would just love to take out every tabloid hack and shoot him or her in front of any sympathisers they eventually found; but the solid-brass nature of tabloid hypocrisy in targeting Daniels not only missed the important point entirely: it was also miles behind the music. The need to de-bonus Eric was first pointed out, um, here at The Slog nearly a month ago:

‘Noting that Lloyds Bank has made a whopping loss (on account of having tried to cheat its customers, and being fined) The Slog wonders whether Lloyds will now confirm that the ‘deferred’ bonus for Eric Daniels won’t be paid. That’s the one he would receive for allegedly making Lloyds/HBOS fit for human habitation again….and then buggering off as quickly as possible from the scene of the crime.’

While we’re in this forum anyway, we might as well stick around and remind ourselves of Eric’s history as a Slog victim…and why the outstanding UK bank borrowing dooms the UK more than any other EU State in the prelude to eurocontagion. Because the bottom line is still this: financial services are a vastly bigger percentage of our gdp than anywhere else. Our bailout was the biggest in the world – literally. And the same principle applies to what is just around the corner.

On February 13th 2010 – so long ago that we were still under the stamping foot of Alistair Darling – The Slog ran an exclusive based on an insider tip-off that Lloyds/HBOS had massively undershot the Labour Chancellor’s lending targets. There were supposed to be dire reprisals as a result, but of course there weren’t…because Eric said “You drag me over the coals and I’ll tell the public why I don’t lend”. As the last part would’ve started a run on the Bank of England, the moment passed without consequences.

By August of that year, Eric’s policy of moving money around while not lending anything to anyone had brought his bank a £1.5bn ‘profit’. The use of ironically inverted commas there refers to something else The Slog observed at the time – that this amount

‘…distracts attention away not only from the cost of total bailout, but also from the problem faced by most of our UK banks: they have the best part of £800billion to repay by the middle of 2012 – and £1.5 billion isn’t taking them far down that road. That this has been missed by most ordinary Brits, almost all politicians, and a shamefully high percentage of journalists is merely a comment on our culture: the debt is huge and real, and only dwarfed by the even bigger banking problems currently being unconvincingly denied in the eurozone. And the debt is mainly owed to you and me….’

Oh for the days when eurozone banking problems could still be denied. But Daniels (who knew all this outlook perfectly well) gushed to the media as follows:

““What I’m very pleased with is that the current stock price is well above the 63 pence break even price, and so now UKFI [which manages the taxpayer’s stake] has optionality, they have a very nice decision to make over when do they wish to sell because whatever they do sell will be in the profits, so the taxpayer will have done very well.”

Congratulations taxpayers, you’ve all done very well. Bollocks. Almost none of the £800bn has been repaid…and we are now but months away from when that will start to get critical. Finally, the ClubMed contagion cometh.

58% of Britain’s national debt is down to the banking bailout. As well as clocking that statistic at the ONS in January this year, I also wrote this about the bankers involved – in a moment during which my normal calm and benign manner had gone walkabout:

‘..these grotesquely smug clowns – show no remorse, pay themselves fat bonuses again, and once more trot out the spectacularly daft idea that they know best, and all regulation is evil.’

So we would all do well to remember exactly why Eric Daniels got off very lightly indeed. Isn’t it funny how, with every day that passes, Jeremy Clarkson’s idea of arsehole-shooting parties becomes more and more widely applicable?