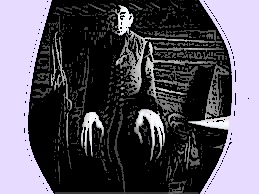 Britain is a prime candidate for ethical cleansing

There is a famous quote that asserts, “The only thing necessary for the triumph of evil is for good men to do nothing”. I believe 100% in this. But there is a corollary that goes like this:

As it happens, I don’t believe in the concept of evil. I surmise that there are people born with congenitally disordered brains, and there are real effects on a maturing brain applied by families, schools, communities, workplaces and everything that adds up to culture.

What I do however accept is the concept of free will. Whatever you start out with, and whatever sh*t happens after that beginning, we all have (and make) individual choices. And yes, I’m aware of the fact that genes and experiences will also help or impair that ability: but even within that construct, some people zig and some people zag. There is no getting away from it.

But the difference is that rioting looters get banged up within weeks – and prison as currently constituted simply makes them more bitter. Whereas crooked bankers, hacking journalists, expenses-embezzling MPs and cheating supermarkets don’t get rushed through a magistrates court with minimal legal support: they fight for years with the help of barristers, they plea bargain, they claim mental illness, and they pull strings. This issue really has nothing to do with Right or Left. The key point here is equality before the law. Followed closely by influence, patronage, privilege and perverted lobbying.

Over the last month, The Slog has posted about dodgy investment products from Barclays, overt price cheating by Tesco, obvious perjury by leading media figures, corrupt policemen, the Government bending health statistics, bank liquidity coming before social deprivation, and the misuse of European Central Bank funds. None of those centrally involved in any of this nefarious activity have been so much as charged, let alone found guilty and thrown into a small cell with two abusively homosexual Turks.

There has been much reporting today about overtly racist texts sent by Diane Abbott. I don’t think she really is a racist, she just has a motormouth that rarely engages after her brain. But had I gone on Radio 4 and argued that gay people like to divide and rule straights, I would’ve had a visit from Plod before sundown.

The West as whole – but the UK in particular – is in dire need of ethical cleansing. Whatever movement eventually gets formed as the antidote to pc bollocks and hopeless greed, it is that central point upon which it will have to focus.