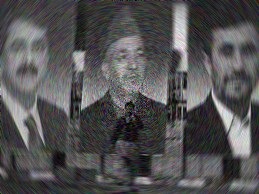 US action against the Iranian currency isn’t a conspiracy theory: it’s a form of war

There is a big Islamist pow-wow taking place in Pakistan today. The nature of it is such that the West should sit up and take notice. Recent events in Iran not only reveal the parlous state of Iran, but also the real reasons for Islamism’s growing popularity: US financial power and reach.

Yesterday was a busy time in Islamabad. Pakistan President Asif Ali Zardari and Prime Minister Yusuf Raza Gilani held separate meetings with Iranian President Mahmoud Ahmadinejad and Afghan President Hamid Karzai. The two Islamics the West most loves to hate (now Bin Laden is at the bottom of the ocean) are in Pakistan for a trilateral summit.

Ostensibly, it’s all about Peace. These things usually are billed like that. Like Iran’s nuclear programme….which is so peaceful, Ahmadinnejhad spent most of last Tuesday telling the world how his boffins can now enrich uranium well enough to make a bomb. The lack of peaceful intent was reflected, however, in the nature of the staff the two visitors brought with them. President Karzai’s retinue included the Chief of Army Staff General Ashfaq Parvez Kayani. He spent most of the day chatting amiably to Pakistan’s ISI boss Ahmad Shuja Pasha. The Iranian team included ‘Advisor & Head of the President’s Office’ Asfandyar Mashaei, more usually known as the shadowy head of Iranian intelligence.

Look at a map of the region, and you don’t have to be  diplomatic genius to work out what’s going on here. And lest we forget, all three of these countries have suffered direct interference in their affairs from the US and its allies. In these days of global business and information attacks, war is waged on more and more fronts.

A key reason for Iran’s attendance at the summit is interference of this kind taking place in the Iranian economy right this minute….from a deadly joint operation being mounted by the Pentagon, the White House and Wall Street. Far-fetched? Read on.

The Iranian economic situation – whatever the former spy leading the country says to the media – is an absolute disaster. You may have spotted that Washington has avoided being triumphalist about this – and there’s a very good reason for that. Although the United States and other UN members are using swingeing economic measures aimed at stopping nuclear development in Iran, it is a financial gambit that has the country on its knees.

Since last November, the Iranian rial has halved in value against the dollar. Importers have seen their costs double, and these have been translated straight into double-digit inflation. Iran is heavily import-dependent, and most of its people remain poor: without a currency operating at its real value, the country’s economic viability ceases more or less overnight.

Some of the men above and around Mahmoud Ahmadinnejhad think he has brought this on himself, with his crazy rhetoric about nuking Israel and closing sea routes. Mahmoud has found himself being summoned a lot of late. He doesn’t do being summoned. His job is on the line, and he knows it.

Veteran Sloggers will know my views of the Iranian leader. He is a former spy, electoral cheat, and all-round fanatical headcase. His knowledge of economics is rudimentary – and it shows. A massive embezzlement scandal last year destroyed faith in the religious and banking hierarchies, and helped cause a stock market slump. Then Ahmadinnejhad simply closed down Iran’s Budget Office (it had been asking awkward questions about the emptiness of the Iranian Treasury) and so now there is nobody to control his nuclear spending. And it is both literally and metaphorically nuclear.

Primarily, what he needs from the Pakistan Summit is a very generous trade deal – and some urgent loans – from Pakistan. But those trading with Iran and working in its stock sectors have known Mahmoud is bonkers (and the country a basket case) for a good five years at least. So why did  the rial zoom from 11,000 to 23,000 to the Dollar in three months flat after November 2011? Why, in particular, did it drop 15% in three days just before last Christmas?

Now why would the Head of Spooks allude to that if there has been no US action against the rial? Well, one reason would pretty obviously be to suggest to cooler heads in Iran that American reach is infinite and all-powerful – resistance is futile and so on and so on. But if the fall in the rial was then shown to have nothing at all to do with US financial tactics, then Tom Donilon would look decidedly Dumbilon.

The US has been playing financial war games actively for the last three years at least: American commentator Jim Rickards has admitted to being invited to one session during 2009. Rickards has a planet-sized brain: a lawyer, economist and investment banker with 35 years of experience working in capital markets on Wall Street. He is a writer and is a regular commentator on finance. Rickards advised clients of an impending financial collapse, of a decline in the dollar and a sharp rise in the price of gold, all years in advance. He believes the United States needs to go back to a gold standard and was one of the first to promote this view. Rickards is the author of The New York Times bestseller Currency Wars, published in 2011.

American diplomats, bankers and spooks worked overtime in the second half of last year to inform anyone trading with Iran precisely what the US would do to the rial if Iran didn’t cut the bluster and stop the nuclear programme. This had exactly the desired effect: it became a self-fulfilling prophecy, and caused the currency’s rapid collapse.

But Mahmoud is still there, and belligerent as ever…with no Budget Office to tick him off any more.

As well as being in no doubt about why the Iranian currency plunged, Mr Rickards says there’s no mysterious conspiracy behind it – and that Obama has just rendered Iran’s position untenable: in mid-January (just about the time Wall Street banks were being given the plan for Greek default)  Barack Obama cut off  the Iranian Central Bank’s access to Dollar exchange. Other banks were simply informed that they themselves would be thrown out of the global dollar payments system if they gave Iran’s financial system any access to it. In a trice, game over.

This is without question what Tom Donilon was referring to. Says the Slog’s Washington mole, “There’s been a lot of conspiracy sh*t on the internet recently, but what happened is perfectly straightforward – and Iran knows exactly how it was done. It’s why Islam hates us. It solves the short-term problem, but it hardens the attitudes of the Mullahs. Basically, it’s a recruiting sergeant for the mad guys”.

It also explains why the region’s three biggest enemies of the US are snuggling up to each other. Pakistan is formally an ally, but most observers now accept that the word should be ‘formerly’. In a way yes, it is more can-kicking: but the can is being kicked in Islam’s face. I applaud the strategy of destroying the dangerous, but the punishment of the innocent is always there alongside it. Most Islamic believers are dirt-poor: in their eyes, the world’s richest country rendering them poorer still fits the description of America as The Great Satan like a glove.

Across from Pakistan to Afghanistan and down into Iran, Islamism is openly gaining ground. Next door in Turkey, as long predicted here, Recep Erdogan is rapidly emerging from his fundamentalist closet. Further south and West from there, Arab tyrants are indeed being replaced….with Islamists. In Morocco, in Egypt, and – after Assad – in Syria. This creates an enormous power-bloc of radical Islam based on anti-Western-decadence in general, and anti-Americanism in particular. I am bound to observe, I see no sign that either Obama or Clinton have thought the ramifications of this through. And hardly any signs that Mitt Romney thinks.

Related: a prescient Slogpost from February 2011