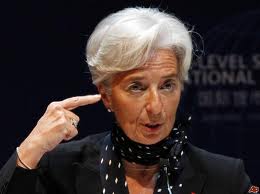 The Slog noticed eighteen months ago

Jacques Cailloux of Royal Bank of Scotland Group Plc., told Reuters by phone earlier today, “Any hope there could have been for an agreement on a higher firewall as early as this week’s summit is fading.”

You read it here first. See that road, kick that can. Instead of giving more money, Germany has offered for Hans und Hansetta to go Tax-dodge catching; ie, to turn the Greeks upside down again and shake out what’s left. Memo to Berlin: more work needed on antennae.

Jim O’Neill, the only decent man in Goldman Sachs, put his viewpoint succinctly as usual: “Europe doesn’t need any money from outside, it needs to show some leadership”. I don’t agree with him, but his point is obvious and well-made: ‘how much do you folks really want this EU project to succeed…put up or shut up’.

Read this Slogpost from July 2010, and then ask yourself: if an ex-adman in his dotage could work out that the IMF was hopelessly short of cash two years ago, why has it taken until now for the G20 to notice?