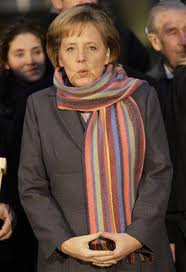 America and Frankfurt on the one hand – and Berlin on the other – have reached something of a Greek amputation impasse. It’s not hard to see why, but it is quite tricky working out why it’s taken them this long to face problems that existed from Day One of the ruse.

I blogged earlier in the week about how the ECB >>><<<National Central Banks interpayments system in the eurozone  has quietly been turned into a line of credit for the Sovereign governments of those individual banks. The ECB is now owed 500bn euros by other ezone central banks and – surprise surprise – most of it is ClubMed money. If Greece were to leave the eurozone, they’d be leaving behind a bad debt which, I understand, is around 95 billion euros. The Chancellery thinks that risk is a politically impossible one to take. Wolfgang Schauble isn’t sure, but thinks this a smaller pill to swallow than winding up with Greece inside the Fiskal Union. Bankfurt and the Fed/White House/Wall St nexus say “amputate now”.

They have a point. The reason why the US agreed to the latest round of dollar/euro swaps for Draghi’s ECB in the first place is so he could get some ‘free’ seed money with which to keep the cash  going between sovereign bond purchases, eurobank sandbagging slush, and overnight rates earned as the money returned at close of play. The Americans agreed to this for hard-headed reasons, not out of philanthropy: Geithner knows full well what collapsing eurobanks would mean. But he also demanded a quid pro quo: amputate Greece now, and cauterise the wound with boosted ESM funds once the Fiskal Union is formed.

From the White House as of yesterday, the view was that Berlin is in a 100% welch situation re this one. The Obamites can see with 20:20 clarity what’s going to happen if Greece limps on: ClubMed bond yields will continue to rise – or not fall much – and thus the dominoes will start to fall late Summer….just in time for the President’s massaged ‘recovery’ to be revealed as barely relevant in the context of major US banks falling over. Barack Obama doesn’t want the tits to turn skywards until 2o13 at the earliest. His advisors are now beginnng to get frantic about it happening in September 2012.

An EU Fiskal Union containing Spain, Portugal, and Greece is a zonal insolvency waiting to happen. If (as seems likely) the eurozone lurches into a slump some time soon, you can add Italy to that list. Angela Merkel’s Promised Land is going to be a German tug pulling four sinking Titanics. This is one big, big reason why The Slog’s Bankfurt Maulwurf and his growing army of rebellious bankers are pounding at The Chancellor’s door day and night.

The cost to Merkel of both ignoring the Karlsruhe Court’s illegality ruling against the ESM and landing Germany with a salvage operation running into the trillions suddenly makes a Greek bad debt of a trifling 95 billion euros seem almost attractive. Especially as, the ‘debt’ being yet more of the notional funny-money, she can kick the monetisation can down the road on that one for years.

For the Americans and the Bankfurters, this choice seems to be something of a no-brainer. The Pentagon too, by the way, is also  – for obvious strategic reasons discussed passim – very keen to befriend Greece after its collapse into loneliness. The discovery in late 2010 of the huge natural gas bonanza off Israel’s Mediterranean shores triggered other neighbouring countries to look more closely at their own waters. The results revealed that the entire eastern Mediterranean is swimming in huge untapped oil and gas reserves.

The German Finance Minister Wolfgang Schauble has, in the last fortnight, pretty much accepted the logic of the ‘contained default’ argument. But Frau Merkel wants to suck it and see. She must surely see that, 95% of the way through the lollipop, it still tastes like frozen urine. But she’s a physicist, so anything might happen: perhaps she’s willing a choice of quantum futures.

For realists everywhere, the inevitable is still the inevitable: all this debate concerns is timing. With or without Greece, the Fiscal Union is a stillborn duck. With or without amputation, the eurozone and the EU as we know it are doomed. With or without more Fed Reserve dollars being Benankered all over the US banking system, the contagions will spread, and the phony derivative non-money will demand to be monetised. Eventually there will be forgiveness (and quite possibly a war in between) after which Asia will hold most of the volume cards….and then – if it has any sense – the West will retool to do margin business with the seemingly endless supply of new Chinese wealth.

But very few politicians look this far ahead. If she does, perhaps the ultra-disciplined Angela Merkel, the underestimated little Osti, sees something the rest of us don’t. Either way, the next two weeks will make it clear just how powerful she really is.