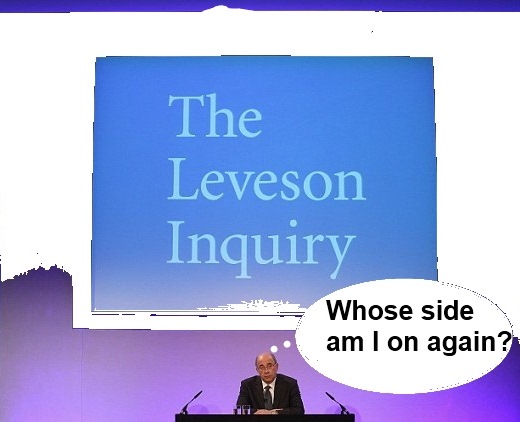 Having been tipped off last week about the pulling together of a Government plan to attack bloggers via McAlpinesque legal threats, The Slog received in short order a series of requests from a variety of blogospherists, asking for links to articles about leading politicians to be deleted. Jeremy Hunt and Boris Johnson were the anti-free speech fanatics most often cited. Now more details of a new Bill to complement that strategy are starting to surface. It isn’t looking pretty.

Useless legislator and empty suit Nick Clegg may be about to pull off the one achievement of his risible Deputy Premiership: new powers to monitor email and internet use need a “fundamental rethink”, he says. And he “vowed” (always beware the vow) to block the draft Communications Data Bill, instead pushing alternative plans that would reduce liberty infringement to a minimum.

His comments came as a committee of MPs and peers criticised the bill’s scope, with several voices on all sides at Westminster increasingly prepared to view the Leveson Report as a Trojan Horse crammed with new laws to stifle online debate, revelation and speculation. Leveson himself was notably quick to cite the Aussie DJ phone-call prank as another example of the need for tougher privacy laws….an interesting comment given that it has nothing whatever to do with the internet or the press media. (See a new Slogpost asking valid question about this case)

Justice Leveson blew all his credibility when he released the ‘finding’ that Jeremy Hunt had acted fairly and without bias in the BSkyB takeover saga. If he acted fairly at all, then it was a mode he was forced into as post-Dowler public pressure grew for the entire Murdoch clan to be put down. The takeover of BSkyB was thus abandoned. There remain at least four question-marks over Hunt’s behaviour before and during this time: none of them have been satisfactorily answered or investigated. And lest we forget, Hunt himself was involved in the choice of Leveson: his signature is on the appointment confirmation.

So while Clegg’s hour may have come, we can all assume that his interest in this issue is purely opportunistic. The broader policy (which I am sure he privately supports) will be to put the legal frighteners on anyone telling the truth about contemporary issues, while using GCHQ as a means of reminding site owners that Big Brother is watching. Already, it seems clear to me the strategy is working.

We need to stop and think here about the sheer variety and volume of bogus news being fed to the MSM at the moment. The Syrian conflict, the EU-UK negotiation standoff, the move towards an EU referendum, the emphasis on McAlpine’s heart bypass rather than systemic paedophile abuse, the hijacking of the Rotherham scandal by pointless UKip speculation, endless NHS spin hiding a reality of preparing for privatisation….there is a lot at stake for those who wish to hide rather than share.

But I wouldn’t hold your breath looking for support from the MSM: this sort of stuff will suit everyone from the Guardian via the Mail and the Mirror to the Telegraph and the Times: none of the Rusbridger-Trinity-Dacre-Barclay-Murdoch axis want to sustain a vibrant internet. For one thing, it doesn’t follow their agenda of complicity; for another, we’re putting them out of business.

Meanwhile, Ben Fellows has once more entered the fray. In an article this morning, he writes: ‘I received a disturbing telephone call this afternoon from one of Lord Justice Leveson’s key advisors. The source stated that “because you have written articles about Ken Clarke on the internet making serious allegations of sexual assault, Leveson is going to set you up saying that you are indulging in gossip on the internet to discredit a senior member of parliament.”

I confess to being at the stage with Fellows where I suspect he’s living in a film script written by his namesake, but on the other hand there’s a reasonable chance he’s being fed this stuff with a view to delivering more scare-tactics into an already hyperventilating blog community.

Vaguely related: Dave’s Love-in and Hate-out thing with the EU