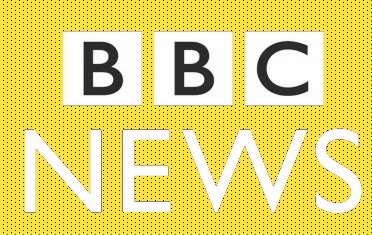 Who will deliver us from the BBC’s yellow streak?

In the past I have been a staunch defender of the BBC, primarily because, at its best, it invests more in programming, has no agenda, and isn’t Newscorp. But the fiasco that is its coverage of the Coop debacle must surely mark a low-point in the Corporation’s cowardly willingness to have an agenda thrust upon it.

I watched last night as some City pointy-head came on BBCNews to offer his considered opinion that the Coop had been run by amateurs for too long, and that’s the trouble with fluffies innit, they couldn’t run a bath. He said that the purchase of Britannia had been “hopelessly unwise”. Throughout the entire spot, not one mention was made of Ed Balls, Gordon Brown, Vince Cable, George Osborne, Hedge Funds, the conspiracy of silence at Westminster about it, Len Wardle, and all the other jerks who, between them, screwed up what had been – until then – a thriving model of cooperative capitalism.

Not surprisingly, I blame political tribalism, Westminster bullying, and fantasies of bias in our culture for the state the BBC now finds itself in – because that’s what all the evidence suggests. When Labour was in power, the Beeb was viciously attacked by Blairite lowlifers Campbell, Mandelson, Bradshawe and a host of other fascists unwilling to tolerate a proper debate. After the Iraq War treason perpetrated by Tony Blair, the BBC ran scared and became sickeningly pc-bland constipated.

Now that the Rabid Right is in charge, suddenly the BBC is a hotbed of communists and “paedophile filth” (the Telegraph’s Cristina Adone), “outrageous bias” (IDS) and “atrocious incompetence” (Grant Shapps). What utter tosh…and all as a result of open season being declared following what was, without exception, the most breathtaking con of the British public by “Lord” Alistair McAlpine’s demands for money from the Beeb for false accusation: this from a profoundly Machiavellian shit who was unable to remember the name of his pederast cousin …and was the author of a book about how to stitch up the media.

Today on Twitter, I could show you numerous Left-Right-Left-Right morons declaring how disgracefully biased the BBC is against them. Somebody has to be wrong then – and of course, they are: “the other side”. For God is on My Side, even though I don’t believe in her.

Yet away and scot-free are all those gargoyles who for the sake of argument we shall call Cameron, Osborne, Hunt, Gove and a ghastly snail’s trail of other Murdoch arse-lickers who deny having lunches with Newscorp criminals, and seem unable to attack a man who should not even be allowed in the country, let alone given the chance to bid as a competitor to the BBC. Chief among these is, of course, Doris Jobsdone in City Hall – the fat shagger Borisconi – who made the Dribbling Digger his guest of honour at the London Olympic Games: one wonders how the Dowler family interpreted that little bit of Old Etonian cock-snooking.

All this those of us who are awake with an open mind already know. So I do not blame the BBC as a whole for being in retreat. But I do blame the willingness of its Governors and their grovelling acolytes for virtually allowing a political Party to pummel it into silence. And without doubt, the news channel is where this contemporary bum in the air plus zipped mouth becomes infuriating – especially for those of us who remember a time when taking a potshot at BBC news coverage was usually rewarded with a further poke in the eye from a Television House journalist.

But here yet again, we see the Nasties winning hands down because nobody in the “opposition” has the objective presence of mind to see what’s happening. And that – plus a degree of journalistic sloppiness at Auntie – means the Business Friendly Corporate Dictatorship is a little nearer, and the idea of mutualised business has been rubbished…with not a single, senior MP’s voice raised in defence of the Coop. Because to do that would put the braindead Morley Mauler in the frame, wouldn’t it? And we can’t have that, can we? Oooooh no. Let’s have the Brechtian Stalinist good lie for my tribe right or wrong instead. That should fix it.