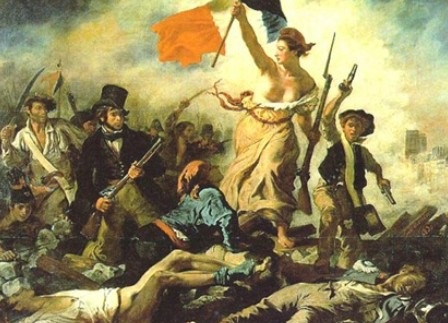 I’m obliged to Irish Slogger Christo for sending me a fascinating graph of the rise, decline, death and then resurrection of Russian oligarchs since 1860. Some the the data on it are mind-boggling. For example, in 1861 Tsar Alexander II emancipated the serfs, and the following year the number of oligarchs doubled. I’d imagine both neolibs and Occupy would have a field day with that one.

Equally intriguing is the fact that rich oligarchs steadily declined until, at the 1917 Bolshevik revolution, they were at just 25% of the 1862 figure. So it clearly wasn’t lots of rich berks swanning about that caused the collapse of Tsarism. And this is of course correct: the Russian system collapsed because they were losing the war, the peasants got fed up of being armed with sticks and came home, and the German High Command put Lenin on a sealed train to Moscow. You will read tons of Marxist dialectic guff about the ‘inevitable synthesis’ that was socialism, but it is total bollocks.

In short, the People were fed up with their lot, not envious of the other lot…..if you see what I mean. The same was true around 1989-90 when the USSR collapsed: the inefficient and corrupt soviet system was failing East European nations fed up of 50 years of queues and privation. There was no sudden massacre of those driving in the Zil lanes. During the 1980s (as in the years following 1860) the number of oligarchs once more declined under a more hardline, strict Politburo: but the war in Afghanistan dragged on, and the loss of it plus the cost of nuclear defence eventually helped, along with discontent, to collapse the Soviet Union under its own weight.

There are some genuinely interesting lessons here for those who are serious about a radical solution to the West’s failures in relation to its citizens today. That is, the loss of normality and breakdown of supply caused by flawed economic systems, expensive wars and adventurist foreign policies are far more likely to ignite revolution than envy of what others have or dislike of illiberal politics. The storming of the Bastille, for example, took place when only seven lettres de cachet victims were in there: a more immediate reason was a major economic crisis, partially initiated by the cost of intervening in the American Revolution.

As long as the system delivers materially, revolution is unlikely: envy and anger at injustice will be felt, but not acted upon. Revolutions tend to need a spark in the way of food supply breakdown and/or serious privation among the citizens, and are usually exacerbated by the cost of imperial administration getting out of control. Not for nothing was the Bolshevik Russian newspaper called Iskra – The Spark. But crucially important is that arrogant élite government is by definition out of touch with the sans culottes…and this is why the spark takes them by surprise. (Read, mark and inwardly digest, David Cameron).

Reading that last paragraph, the Pompadours in Brussels-am-Berlin would do well to think again about ClubMed austerity…especially in relation to Greece. It seems to me that all the conditions necessary for revolutionary civil war are present: and there are any number of potential sparks coming along in 2014.

Related at The Slog: The South Side 1930s Chicago that is globalism