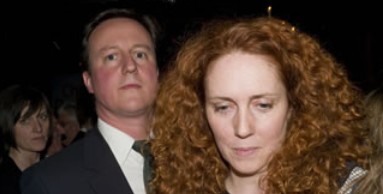 Why was evidence suppressed in the hacking trial? And does Leon Brittan have a body odour problem or what?

In February 2013, the former Tory Minister involved in the Elm House paedophile case was “about to be named and questioned”. He had been caught on film thirty one years earlier.

In February 2014, blogger Guido Fawkes noted that “the name of the former Tory Minister caught on film at Elm House is about to break”.

Over the last six months, one former Met Police and two journalistic sources have insisted to me that “the former Tory Minister is about to be arrested and questioned”. “Stand by for a big story” I’ve been told.

Now today, the Independent on Sunday is highlighting the fact that ‘Simon Danczuk, Labour MP for Rochdale, has told The Independent on Sunday that “if asked any question, I will feel obliged to answer that question” when he gives evidence to the Home Affairs Select Committee on 1 July. An MP on the committee has confirmed that Mr Danczuk will indeed be asked about visitors to Elm Guest House in south-west London in the 1970s and 1980s where allegations of sexual abuse and grooming of children by politicians have been made.’

Excuse me for being cynical here, but we’ve been in this place so many, many times before. For starters, Mr Danczuk is a publicity-seeker who knew rather more about the situation in Rochdale than he tends to let on. And second, even if he does blurt out the name – which for the sake of argument we shall call Lord Brittan  – I do not know of a single senior hack in Fleet Street who would then print the name beyond the protection of Parliamentary privilege.

The man ultimately responsible for the success of the four-times reopened Elm House case is none other than the Slog’s favourite justice perverter, Mayor Boris Johnson of London. He will not be inclined to let any Plod anywhere arrest any Conservative likely to damage the Tory Party; but even if he harboured such a desire, at the moment his attention is fixed elsewhere, in the opposite direction from Richmond and towards the Old Bailey. For it is there that the most overdue trial outcome in history is about to emerge….allegedly.

The phone hacking case against former Newscorpses Rebekah Brooks and Andy Coulson began on October 28th 2013. It was widely expected “to last around four months”. That would’ve meant a verdict on February 28th. But this being a very special sort of Leap Year, with one mighty bound we find ourselves three months later with the  jury having retired eleven days ago on 11th June.

Given some of the offences of which the defendants are suspected (let alone accused) took place nearly twenty years ago – and were widely accepted as standard practice in the Street of  Blame – here too the locomotive power behind British justice seems somewhat lacking. Equally, given a vast number of realities and obvious conclusions point very strongly to one particular verdict, it is hard to see why (for example) it took the Prosecution eight days to sum up, and the Defence eleven. Either way, judge John Saunders summing up – itself a week-long marathon – seems to have succeeded in confusing the Jury somewhat, because eleven days on white smoke is nowhere to be seen.

But there is a further element in here that I hadn’t spotted until now – and I’m left wondering whether others had. Playwright and journalist Peter Jukes wrote The Fall of the House of Murdoch, and was in Court at the Murdoch trials every single day, tweeting nonstop updates. He is on the way to publishing an “inside story” of the trial,which will (I understand) reveal evidence that was suppressed in the court hearings for legal reasons.

One wonders what the evidence and the “reasons” are. I can’t wait to read all about it.

The bottom line as always is that the cops have been bisecting the distance between themselves and senior Elm House arrests since 1982; while a drawn-out process and an oddly meandering sum-up by Saunders in the Hackgate trial seem to suggest that the obvious verdict most people expect might well now be in doubt.

Leon Brittan was centrally involved in the Westland helicopters affair (never fully explained) and for a time Home Secretary under Mrs Thatcher during the period when an Elm House dossier went missing. Rebekah Brooks is a close personal friend of the Prime Minister, and Andy Coulson was his head of communications in Downing Street. And in the background as always Rupert Murdoch, the man who approved all of these (and other) gangster tactics both here and in the US.

So then: say no more.

Last night at The Slog: Funny how a little quiet says a great deal