As 2014 closes, let us celebrate those of the other gender fashioned from Adam’s rib who finds themselves at the centre of the global storm: the Belles of St Trillions. 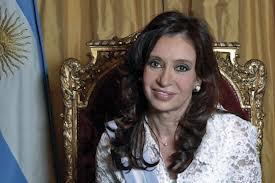 Cristina Elisabet Fernández de Kirchner, commonly known as Cristinnza Kirchner referred to in Argentine media as CFK.  Reelected President of Argentina. Prime supporter of Argentian onwnership of islands where less than 0.2% of inhabitiants want to be Argentinian. Total national debt of Argentina: £1.3 trillion.

Christine Lagarde, first ever female leader of the International Monetary Fund (IMF). A French lawyer who took up the post after Dominique Strauss-Kahn was stitched up on a sexual abuse charge of which he was innocent. Currently due to be indicted in France on charges of gross corruption and misuse of public funds. Widely quoted in 2012 as saying that French banks are “as safe as houses” just a week before they sold their investment in a  major Greek bank for 1 euro. Total national debt of France: £1.7 trillion.

Angela Merkel, Bundeskänzler of reunited Germany, formerly a Youth Leader in the Communist DDR and daughter of the only senior German official ever to defect from West to East Germany. Total national debt of Germany: £1.9 trillion.

I fancy this might be circumstantial evidence suggesting that it isn’t just men that waste money, don’t know how to provision, and can’t understand domestic budgets.

Next year: why men are more fun in supermarkets.

Earlier at The Slog: Annie Leat’s sweep through Noz, Greece, Hungary and the Daily Telegraph