After several consultations with oilco donors and Donald Trump, David Cameron has been so enthused by  Daniel Hannan’s Six Big Reasons to Get Fracking, he is feeling jolly pumped up about it. 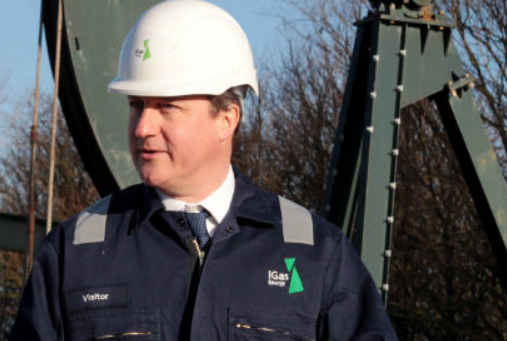 Indeed, if Dave gets any more pumped up and porky (fnar fnar) Scamantha will be going off him bigtime. However, a Cabinet Office spokesman confirmed that the Prime Minister was excited by Danny Boy’s Big Six possibilities: 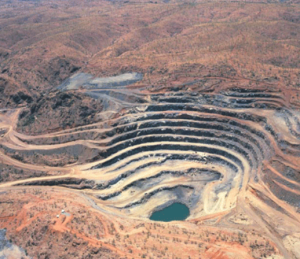 Above we see the newly finished open-air swimming stadium in Invernessikinkelly where fans can hike 45 miles across beautiful Scottish countryside and watch the British Olympic vicious-circle swimming team in action. 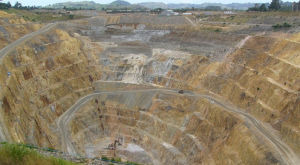 Also nearing completion in the pit previously called Worksop is this, thought to be possibly the world’s tallest Subbuteo venue. The arena will hold 78,000 fans, to the walls, using seat belts developed last year for the HS2 scheme.

3. Food manufacturing will benefit where perhaps water might suffer, but we can’t have water without a fully functioning go-ahead economy. Below we see the new Caramel river created by fracking just north of Bristol where, although the Brunel Bridge unfortunately collapsed, Bristolians have gained a new mountain there in the background owing to the the beneficial effects of gas-tension when igneous and calcairian rocks collide. The Caramel produced will provide enough dentally-enhancing chocolate bar filling to add much-needed protein to every starving child in Britain, as well as lighting them up on the way home from school of a winter’s evening. 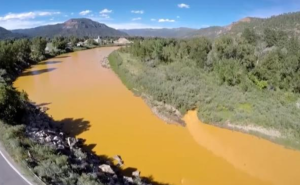 4. To be renamed One humped-Caramel, the site above is also expected to become an enormous tourist attraction. The Government has stressed that, once the UK has been completely excavated to produce entirely new colours, micro-climates rivers, volcanoes, deserts and oceans, it will be rebranded Britannia Park – dwarfing by many times all other theme parks on the planet.

Below we see a taste of things to come, as a surfer jumps onto the Atomic Tsunami Ride created by the unique confluence of a Chinese-built reactor near Skegness, and the large Cavern  beat combo venue in the centre of renamed Pontefracked: 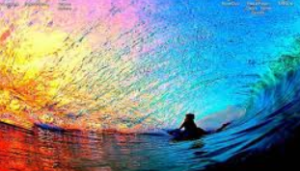 5. Keen as the Prime Minister is on pop music classics such as Jumpin’ Jack Clarkesville by the Rolling Monkees and the unforgettable Junk Bond Music album from The Loving Pistols, he is particularly keen on this post-fracking site in Lancashire:

“Next year will see the 50th anniversary of the Beatles’ wonderful album Corporal Punishment’s Diversity Bullingdon Band,” he told confused reporters, “and of course those of us who were five months old at the time remember only too well the track about 4,000 holes in Blackburn Lancashire. So to mark the occasion – having marked the landscape indelibly by opening it up for business – we’re going to give away absolutely free one hole to each homeless pensioner who can name everyone on the album’s front cover, while all those who can’t even remember that The Beatles were called Greg, Joe, Pete and Bingo will be referred to the new Iain Duncan-Smith Memory Clinic.”

6. As all the holes are right in the path of the HS2 revised route, the rail project will be put on ice for the time being, and all the previously purchased track used to fill the small hole that engulfed Edinburgh last week.