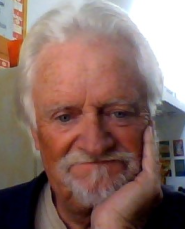 1. Why do we go “Oooh” and “Wowa” and “Phowar” and stuff when we see a starry night out in the countryside, with no man-made lighting to spoil the view? Almost all of our genetic wiring is designed to further the survival of the species: women look at firm pecs and go phowar, as do men when they see firm tits. Following the discovery of how to “make” fire some 600,000 years ago, we gradually got conditioned to salivate at the smell of cooking meat. I have Jewish and veggie chums whose only temptation is the smell of bacon. For most of us (apart from the auto-lobotomised Sun readers melded into the sofa) the sight of a black sky  pierced by star formations evokes three neo-autonomic responses in Homo sapiens: ‘that’s beautiful’, ‘the Universe is like, well big’, and ‘I wonder what’s out there?’. In short, we’re programmed to want to go somewhere else and have a nosey.

Such is often referred to as the voyager gene. Columbus, da Gama, Einstein, von Braun and most astronauts had it. I do too: if ET landed in my back garden (or the front one, I’m not fussy) tomorrow and said “Would you like to see the entire Universe?” I’d be running up the spaceship steps before he changed his mind. I’m not a physically courageous man – booking a ticket on Virgin Galactic is my idea of pointless suicide – but if ET turned up like that, I’d figure he’d come a long way and had passed his driving test with flying colours.

So here’s a hypothesis: are we programmed to gape at stars and be insanely curious about the heavens because we were programmed at the factory to see our planet as only a temporary solution to our species housing crisis? And if so, how was the programmer able to “see” that – being such a fecund nuisance – we would need the space?

Footnote: ET wouldn’t turn up like that because physical travel to another world in one lifetime is impossible. E=MC² dictates this reality, but its author Albrecht Einstein believed there was some kind of magnetism-related dimension able to overcome the illusion of separation and distance. As Einstein has yet to be proved wrong about anything, I’ve no desire to argue with the bloke dead or alive.

2. Time is relative to speed and direction, but is in reality a continuum. Every measurement applied to the conundrum of Time over the last century has shown it is not a Universally moving constant, but rather a continuum that merely appears to move (at various speeds, dependent on one’s viewing platform). If you could see all Time at once, it would appear as a complete work rather than an unfolding Saturday morning matinée serial.

But equally, there is no evidence at all for predestination: that’s to say, the developmental illusion of Time does appear to be random.

And further, as some scientists now say it should be perfectly possible to go back in time, surely if we went back and (say) shot Hitler in 1923, the “novel” that is Time might have the same ultimate ending but the plot would be entirely different. So those alive in 1965 would have been dead in the previous plot, and vice versa. That would make life impossible for institutions like the Office of National Statistics (ONS).

Apart from “Please Nurse my head hurts is it time for my painkillers yet?” I have no hypotheses or things to float up the boat’s flagpole on this one. If any readers of this site do, then please help the rest of us. Use both sides of the paper. Points will be deducted for excessive use of long and impenetrable words. Your time starts now.

3. Birdsong is not just there for us to enjoy, and write poems and novels about. Don’t get me wrong: I love the morning chorus as much as any other caring, sensitive, naturally inclined and devastatingly attractive man. All enquiries to……sorree, that’s not the point of this bit – b²irdsong is an attempt to sound manly, dependable, adroit at the nest-building thing, fearless in the face of predators, and crammed with the sort of testosterone required to make lady avians big with egg.

Have you ever thought, however, about what goes on between cuckoos? In the Spring down here, there are dozens of the buggers coo-cooing their bloody heads off; but given the cuckoo’s well-documented tendency to lay eggs in other unsuspecting birds’ houses, what is their very distinctive message about?

I have often thought of cuckoos as the quintessentially idle Underclass of the bird system. So what are they saying via the birdcall? Could it be, “Nesting and egg-sitting is for fools and horses, babe – if you’re up for a shag and then dumping the consequences on some other poor unsuspecting flappywing, let’s go for it”?

This could be the cue for lots of those long-lens bird watcher types to write in and tell me what a fluffy anthropomorphising pillock I am. If so, then bring it on: but one cannot, in my view, get away from the reality that birdsong is a sort of gigantic and overtly up-for-it avian DIY dating space employing ambient media to get the word out. We have fly-posters, websites and digital social media, but there is no enjoyable by-product. I much prefer the winged version, but I don’t have the voice for it any more.