Italian and other EU sources show and validate the existence of an extensive network of open borders activists and organisations. The network cooperates directly with George Soros’s Open Society to flood the EU with false-flag migrants.

Eleven days ago, I posted this conclusion in a post about Italy’s continuing vietato parlari (unmentionable) problem with indiscriminate migrant intake.

‘In the eurozone propagandised by Brussels and Frankfurt, there is growing evidence that Europhile/EUnatic “Messiahs” are being handed as many weapons as they need to stabilise the Union via the use of dictatorial power. Nowhere is this more obvious than in the open-secret process of flooding Europe with dangerous migrants…..I realise many will disagree with the following assertion, but it has to be made, because the evidence behind it is overwhelming: unpleasant forces are working (from a variety of motives) to feed social instability in the European Union.’

Now the Italian writer and blogger Francesca Totolo has put forward the most exhaustive account so far of how this is being organised. Although allegations and research via other sources have been added by The Slog, I acknowledge in full the rigour of Signorina Totolo’s work in inspiring this post. (The link above takes you to her site) 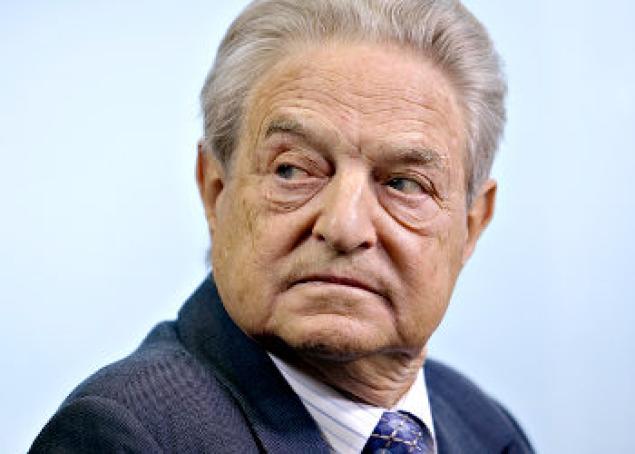 George Soros (above) is one of the richest and most hated self-styled “philanthropists” on the planet. Long suspected of working closely with the CIA and EC to destabilise regimes in Greece and Hungary, he is also the man who used his own money to short Sterling 30 years ago, in a bid to soften it up prior to EMU and the subsequent euro.

Now his global-reach organisation Open Society (a major organiser of populist and media agitation against Donald Trump) has been clearly linked to the Italian branch of a perhaps well-meaning marine aid foundation, SOS Méditerranée.

Open Society’s mission is to cooperate with  dozens of fanatical One Worlders for the promotion of ideas designed to water down immigration laws. It does this primarily through its wholly owned ASGI – theAssociation for Juridical Studies on Immigration.
(ASGI has focused particularly on the current situation in Hungary, where Soros’s arch enemy Viktor Orban opposes all post-Syria and African Muslim immigration). In doing so, Soros cooperates closely with the Juncker EC, and the CIA – the latter having been active in inventing anti-Orban stories about gypsy malreatment and the Soros controlled Central European University there.

Carta di Lampedusa Founded in 2014 to sabotage any and all laws limiting migration, this outfit calls for ‘the abolition of all European laws limiting freedom of movement’.

But most significant in the context of this post….

Cospe Onlus – an organization founded in 1983 that operates in 30 countries with 150 projects – spending vast sums to support indiscriminate international mobility to produce a world where  anarchic diversity is the norm.

Its original “raison d’etre” was the promotion of open source data online, but now it focuses increasingly on migration issues. Working closely with Soros on the one hand, Cospe onlus cooperates in turn with SOS Méditerranée.

According to Italian sources, SOSM’s founders Klaus Vogel and Sophie Beau have an Italian office which – with or without their knowledge – has been quietly hijacked from a rescue role towards one of direct transportation of migrants into Italy.

So much does the European Commission approve of SOSM’s humanitarian work, it awarded the Prix du Citoyen Européen to the outfit in 2016, after Vogel and Beau had “saved 150,000 lives” among those travelling via unsafe transport across the Mediterranean from North Africa.

Questions remain as to how those lives were saved and where they ended up. But in truth, elements within the Brussels behemoth are well aware of this and other organisations being used by the Soros entourage to flood Europe with aggressive and often criminal migrants. And if the EC is aware of it, then so is the CIA. Which, unsurprisingly, completes the circle.

Clearly, this route for mass migration has been in existence for some time. As long ago as May 2016, leaks from Austrian and Italian government officials revealed that Angela Merkel “was begging” the Austrians to stop further indiscriminate migration from Africa via the South Italian route.

Previously on this issue at The Slog