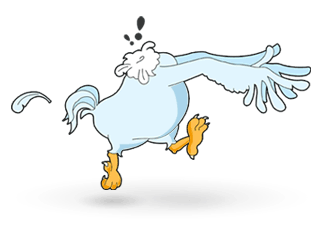 Just before yesterday’s global stock slide, there was a trailer pointing out the fundamental problem with increasingly jobless/lowage neoliberal “economics”. I’m not sure many observers spotted it, but see what you think.

At some point in 2017 (it isn’t clear exactly when) Apple did some qualitative consumer research prior to the launch of IphoneX. To their horror, they found many users of the existing Iphone were unwilling to buy another one. Reasons were various, but the two most important were “this one works just fine” and “I’m nervous about the economic situation”.

Despite this, the Apple core did the usual rounds of hyping up the “revolutionary” IphoneX, which duly launched during September. In the three months to December 2017, Apple sales fell by 3 million units…..during the Christmas season.

Luckily for Apple, their trade clout and premium branding power still gave them great margins, so the munneeeee looks sort of OK. Except that in January, sales fell by a further 1%.

There is much gossip about “Is the X no good?” but I think that misses the point – research holds the key here: despite all the Trumpety-trump from the White House about “everything’s coming up roses”, there are still plenty of people across all social classes who, like me, insist that neoliberalism is a cul-ce-sac. You cannot have falling real wage values, falling income on savings and a never-ending acceleration in the repurchase rate at the same time.

More immediately to the point, you cannot start getting bullish about rate rises based on one snapshot reporting period showing tiny here-and-there wage rises – especially when that rise took place in a temporary worker-demand Christmas season. And you cannot start doing that when every survey of traders you see suggests that the end of QE and Zirp is going to make them nervous.

President Trump was in Cincinnati yesterday talking up the growth blip in construction, but there is a very real and easily quantified reason for that: US natural disasters last year cut a swathe through infrastructure, and the reconstruction of it is a top priority – especially in Texas, where the rig damage was laughably understated. Overall, growth remains limp, despite what new Fed Reserve führer Jerome Powell drivelled on about after the swearing-in ceremony yesterday.

The Vix volatility measure doubled to 37.2.

This morning, stock futures in the eurozone and UK are looking very sick at around 4.5% off.

At this point, I don’t think the sell-off will grow into a notable correction on the scale of 2016. It could well be that, some time after lunch CET, a rally will be organised in New York, and things will settle down again. If it isn’t, then my observation would have to be that the markets are taking into account another, earlier trailer of Apocalypse – the bond market.

Bond market yields are now near as damnit 3%. The increased investment volumes going into bonds suggest an opportunity seen some time last year by opinion-formers. Or rather, a potential place to go when the overvalued global equity rake finally rears up to smash the saps in the face.

If you’re a nation with huge deficits and debts – that is, pretty much everyone – borrowing costs above 6% spell fiscal disaster.

I suppose one must wonder, if rising bond-borrowing costs and a few morons mouthing off about four or five rate increases in 2018 causes this kind of slaughter, what might  the reaction might be to more Brexit EC showboating, more EU banking smells bubbling up in Italy, more revelations about Chinese credit and debt corruption, and the now massive dependence of auto sales in the West upon credit…which seems about to get more expensive?

But the US is notoriously Amerocentric on such matters. Either way, Jerome Powell just received a hospital pass in a painful area. He is hemmed in before he starts.

Last night at The Slog: What’s going on behind your back