At 3 am on this day in 1948, I was born at 190 Rochdale Road, just outside Manchester, England. It was -6° centigrade outside, and when Mum’s waters broke Dad shot like a jack-rabbit out of bed and ran along the road to the local gp. He got about 50 yards before prat-falling on a sheet of ice and skidding into a lampost. There he lay unconscious for 20 minutes. By the time he arrived back home with the gp, I was head-butting the entrance to the World.

As I write, it’s -5° outside. 190 Rochdale Rd (where my folks rented a flat) is long gone, having made way for a row of rather unprepossessing bungalows at some point in the early 1960s. The only other differences between then and now are that I live in France, enjoy the advantages of central heating, have two grandchildren, am retired and twice divorced and feel like an Alien on a planet gone mad.

The NHS and I are still exactly the same age (cue Outer Limits music) but as the Bevan Breakthrough is being given a course of slow intravenous and involuntary euthenasia, the chances are I’ll outlive it.

I was especially touched that Google honoured my entry into the 8th decade with this tribute:

Without Google I would be unable to function with such efficiency. With Google, I am unable to go anywhere on the internet without being sold watches, women, wine and Wikipedia entries of a dubious nature. Anything, in fact, except Twitter. Google does not recognise Twitter’s existence. It is a form of denialism I have never mastered.

Twitter – like Google and Facebook and pretty much every other antisocial medium – is a tentacle of the Octopus of snooping, listening, compiling and fakery beneath which we all live. But it is also the most comprehensive historical record of everyone and everything that has existed since the Domesday Book. This enables me and millions of other One Eyed obsessives in the blogosphere to evidence what we mean by “feeling like an alien on our own planet”: 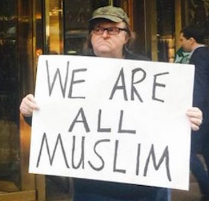 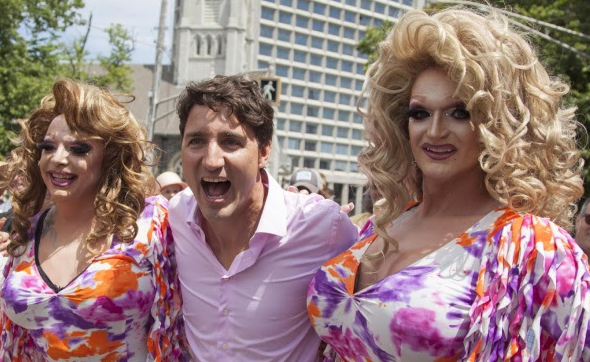 Yes, Monsieur Trudeau is so odd in the head, escapees can be seen emerging from it at regular intervals.

On this historic anniversary, there has been a major explosion in Leicester that was nothing to do with terrorists….a rarity these days. A bit of cold weather heading our way has morphed into The Beast from the East. A former Daily Telegraph reporter and British diplomat has been outed as a former Soviet agent who admitted sending state secrets to Moscow. Formerly alive, he has been dead since 1997.

The current owners of the Telegraph now live in the Channel Islands, where they sell editorial space as advertising. And the proprietor of The Sun, The Times, quite a lot of BSkyB, Jeremy Hunt and Boris Johnson is the multinationality defector Rupert Murdoch. The owner of The Independent is a Russian oligarch who employs special needs children as journalists, and The Guardian’s new business model is begging. The Daily Mirror now sits in the same pornography empire as The Daily Express. The executive editor of the Daily Mail hates the tabloidisation of British life, which he combats by showing multiple shots of airhead minor league celeb women dressed in thongs and very small handkerchiefs on their chests.

Fings ain’t wot they used to be.

Solitary blogging has had its day