Devastatingly dim dickheads, dangerously deranged dingbats, diabolically dense derelicts and desperately depraved dandies….all are welcome in the wacky Womble world of totally tonto Twitter. It’s time to wander once more through the valley of vile vipers, risk the rapids of racist rotters, and tread carefully along the shit-for-brains shores of Lake LOL.

One of the many things that crack me up when it comes to EU Remainers is the chirpy never-say-die joy with which they go about their daily work of denying The People a say in how they’re governed. There is absolutely no scintilla of shame or guilt about their cheerful determination to pervert the popular vote. Andrew ‘Mad’ Adonis is the archetype of this industrious inversion of democracy, but this one today was from another slightly more furtive quarter of the Back Brussels Spivs: 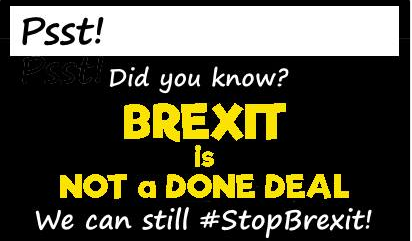 It conjures up wonderfully oxymoronic thoughts like ‘brazen skullduggery’. But this next chap’s faked insouciance is historic:

I mean bloody quite right too and where’s a copper when you want one, the police are there to stop freedom days I mean issin their contracts innit an’ if ain’t it fuckin’ well should be.

Was Tarquin being ironic? He backs up that hypothesis by adding ‘freedom of speech and independent thought are both deeply problematic concepts that have no place in 2018’. And indeed, his Twitter page confirms it: he is taking the piss out of the Corbynazis.

The only worrying thing is that he may well be an icon among the Antifa shit-throwers. A bit like Alf Garnett, really. Anyway, it looks like freedom of speech may be in safe hands after all:

Thank God I’m free to be told I’m full of shit. We are saved. I think.

However, nihil desperandum, because over on the Right bare-faced bollocks is equally rife:

Now this is neither anti-democratic nor parody: it’s just plain naughty. Fraser is an erudite and well-informed bloke, so he knows that the first half of the tweet is risible Osborne arithmetical simplistic tosh – or Roast as we anti-propaganda hounds call it. Unemployment as defined by the undiscerning stats is at a long-term low, but underemployment is at an all-time high, job insecurity is off the scale, disposable income is only at a record high among the top 23%, and income inequality is only at a near 30-year low among the bottom 69%….on account of, um, all their salaries have lost spending power, with the squeezed middle losing more than most.

Labour failed to break through in the locals because Corbynism has only a narrow appeal across the country as a whole, former UKIP voters went back to the Tories on the basis of “Anyone in charge of Brexit would be better than Labour”, and as ever, Yoof didn’t turn up.

This is how tweetie-man Owen Jones put it:

I have news for Field Marshal Owen, the man who smashed the Nazis single-handed in the 1940s: since 1951, every psephologist in Britain has known that bad weather depresses the Labour vote. But to OJ, it’s news and he’s working on it: Momentum teams will be throwing stones at Yoof windows to get them up just before the polls close. Dragging them out of the boozer on Southend sea front. That sort of thing.

Sorry, I know that was a tad generalised and Yoofist of me; but the Left always has to look for the arcane, convoluted reasons why. Back on the Mad Right, the 45th President of the United Status Donni Potus had this to say after his speech on Friday to the National Rifle Association:

Yes, Commies walk around buck naked but patriots are covered in guns, so blessed are the gunslingers and God Bless America. It’s official, folks: guns save lives, kill bad guys and protect you from the Government of this America whom God hath blessed.

Happiness is a warm gun. Wealth trickles down. Tax cuts keep deficits lower. I tweet, and the unemployment problem is solved.

This bloke is our closest and biggest ally. With allies like this, who needs enemies?