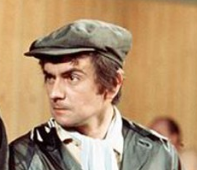 By our rambling soccer supremo in Moscow, Joe Blob

In a display of defiance that will live long in the annals of footballing fantasies, Gareth Rees-Mogg’s eleven soccer heroes finally left the FIFA tournament last night. Britain is now once more united behind our brave decision to cut the ties that bind this great nation of ours to the corruption, wrestling and VAR technology that had threatened to destroy the team spirit of our plucky lads.

During the group phases and through two wearying knockout rounds, midfield general Theresa Pillowcase had used all her set-piece can kicking skills in a cunning attempt to Remain in the doomed tournament. Free kicks, corners and desperate penalty shootouts had, one by one, been employed to fool British Supporters into thinking that their best interests lay in winning the coveted Jean-Claude Rimet trophy.

Even as this last game commenced, the Remainer dead balls men seemed still to be in control as Dominic Raab-Trichetier scored a gem of a free kick. But at half-time, coach Gareth Rees-Waistcoat decided to dump the controversial Chequers 1-1-8-1 strategy and revert to Leaving via open attacking negotiation. Overruling the Pillowcase Plan, he took off the team’s notorious stopper Hammond Sterling, and replaced him with mercurial frontman Marcus Redwood.

Although it took a gruelling extra thirty minutes to achieve the breakthrough, Opposition strikers Borisovic and Davisovich scored to finally ensure a clean departure for our young lions. Afterwards, Gareth told an ecstatic Gobby Showgirl, “It was touch and go there and you never really know what Borisovic and Davisovic will do next, but they finally came good and so we’re coming home, free at last, and obviously we’re looking forward to a heroes’ welcome because we overcame long odds to pull this off”.

But FA Remain hardliner Baron Adonedeal was defiant to the end. “I shall not rest until this match is replayed, thus allowing us to bring home the Brussels,” he told studio host Barry Sinecure, “the ref had been bribed, we weren’t ready, and both the Opposition scorers lied about the ball going in the net. Twice.”