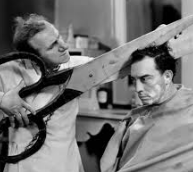 Comrade Labour voters and other citizens who care about a Britain for the so many we can’t fit them all in let alone build houses for them,

I know that the media would like you to judge me by my cover, but the truth is that I have never been one to hide my book under a bushel, nor indeed light a fire under the sort of powder I prefer to keep dry. However, we have to find a way to end this Brexit chaos now, in order to get rid of this barking bitch who bites the hand that is worth two birds in the bush, before she winds down the clock and Britain winds up enslaved and too many voters notice that I am for hard Brexit, John McDonnell is for a Second Referendum, Diane Abbott isn’t, and the revisionist Remaindeer Blairite clique are despicable bourgeoises who do not share the sharp-end class warfare ideals of public schoolboys like me.

And you know what, my feeling now is that – in order to unite all of us whether we like it or not – there should be a General Election, before I get found out. We must take the bull by the horns, and make a bed to lie in with it rather than leading old warhorses to water which we all know they won’t drink. For those who lie down with dogs catch fleas.

Only by doing this will we find out how many of the people we can fool all of the time, prior to rooting out all those who think the proof of the pudding is in the eating, and thus tend to be doubly shy after being bitten once.

Because you see, this is what real democratic freedom is about: the right to reject the burden of thinking for yourself in favour of casting a vote without thinking for us.

Only Labour offers to rest the parts other Parties want to teach….giving every Labour supporter the chance to enjoy the bliss of ignorance, secure in the knowledge that if you do what you’ve always done, you’ll get what you’ve always got.

To paraphrase the great US President Franklin Delano Roosevelt, “You have nothing to fear unless you’ve done something wrong”.

Very sincerely and I mean this just as sincerely as I did when I went all out for modern British democracy up to but not including the abolition of our 17th Century First Past the Post system,

PS We will be calling a vote of No Confidence sometime within a few days of whenever we judge that she’s got no Plan B and so the Tories will be all over the place because the idea here is for us to get power and be the pipers calling the tune before it gets too dark just before dawn, Ithangyoo.