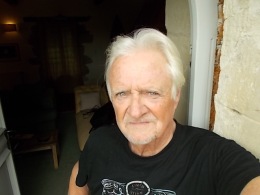 Another week ahead demands some hard truths. Celebrating the unnatural is not a credible formula for civilised society. The future is not and never will be a straight line. Progressively more stupid fantasies cannot be normalised, but may well evoke an horrific reaction. The emergence at last of reality among senior EU opinion leaders is already being damned by the Left and Right ideologues who insist there is no alternative to a bloc-driven globalist future. A future Kingdom of the Blind with one-eyed sages is highly unlikely to be a good look.

Dr Who is now ethnically trans-gender, while Nathalie Portman is to play Thor. And now – live here this afternoon – I can reveal exclusively that I have been selected as the new lead singer of the soon-to-be-reformed Supremes.

“Grandad, what were you doing when, you know, the world went mad?” my two grandchildren may perhaps one day ask. My reply will be, “Writing about how the world is going mad”.

It is one of the more idiotically ignorant assumptions of the MeToo-Remainer-LGBT-FBPE-Antifa-BlackLivesMatter-Guardian Leftlibber Front that all progression is progress…or to their Mobthink mentality, “progressive”. This is because the vast majority of them have no respect for (let alone expertise in) the study of history. In 1937 or thereabouts, there was a widespread assumption among those on the European and American Right that Hitler represented progress beyond dysfunctional democracy, and a chap whose gib they admired because he was anti-Communist. He was – although today nobody wants to admit it – seen as the future. Joe Kennedy, Oswald Mosley, Juan Peron, Charles Lindbergh, Edward VIII and many other influential men and women all believed this; they saw it as a foregone conclusion.

Things have become much sillier since that time. Whereas many Nazi sympathisers had thought quite a bit about the problems of democracy and free markets – and believed that, in terms of social anthropology, dictatorship and planned economies might well be the ‘natural order of things’ – almost none of today’s progressives hold views based on anything except received ideological truth, and the fanciful assumption that tomorrow will be better than today.

For them, clamping down on free-speech democracy is anti-fascist. For them, the unnatural order of things is the future. For them, nationally elected political failures and unelectable crooks or bombasts are the very people we need to help us end war forever. Indeed, for them, science is all through discovering, and has settled in its carpet slippers before a roaring fire of books by Keynes, Orwell, Kafka, Huxley and many other obscure authors. As for social anthropology, their view of George Soros as the world’s leading social philanthropist suggests to me that they’re hazy on the difference between apologist and anthropologist….as they are generally on ‘ist’ suffixes like racist, misogynist and fascist.

There’s no lack of clarity about the chicken and the egg thing here, by the way: the innate Daftie scale of such people has over time persuaded those who run the European Union that their hitherto more crafty policy of deeply buried agendas was in fact the wrong one. A new generation of gullible halfwits is now so clearly in evidence (they’ve decided) it is surely far better to go public on the Empire + Standing Army strategy, and insist that this proves the lack of centralised imperial ambitions. Not only that, but the tactical use of scare tactics about the consequences of leaving the EU, they conclude, should focus entirely on possibilities so risibly fantastic and bonkers: for such will be far more likely to terrify those with the emotional intelligence and commercial experience of a feotus.

Today, yet more of this piffle has emerged:

I said a very rude word out loud when I read this. I do wish at times I was less profane, but not on this occasion. I went to fascinating ‘old newspapers’ sites after lunch today, and looked through the Monday editions the day after Neville Chamberlain reluctantly declared war on Germany in September 1939. All of them were replete with war preparations, but not one of them contained the words clean water, drugs, medical devices,  fresh food, and chemicals to purify water. Nuclear power plants weren’t mentioned because there weren’t any.

And yet somehow – by some as yet ill-defined miracle – we managed not to worry about any of this 80 years and six weeks ago. Here we were facing the might of the Nazi army in the context of an isolationist America, a fascist Spain, a defeatist France and a generally negative Republic of Ireland. Within fifteen months, our supply ships were harrassed day and night by German U-Boats busy refuelling with ease at Irish ports. Yet during the following six years of conflict when we stood alone, no UK-based British citizen is known to have starved to death.

What do we face if we leave with No Deal on October 31st? We face a world eager to trade with us, and for once a US President (replete with massive faults) who genuinely likes us. It won’t be easy, but it will probably make us less dependent and more grown-up about reality. Some foreign workers will desert us – fine, it’s about time we were forced to retrain our own neets anyway. Most Islamics, a recent study showed, are Remainers. Will they leave? Of course they won’t.

But today’s equivalent of a disciplined, technologically cutting edge and strategically advanced Nazi Wehrmacht is a divided, edgy, abusive and generally corrupt élite of social democrats who couldn’t be trusted with setting out the display of a gefillte fish stall in Tel Aviv, can’t find anyone depraved enough to audit their books, allowed mass migration against the wishes of most Europeans, and are at loggerheads with Britain, Poland, Hungary, Italy, Spain, Austria and Greece.

Throughout the humiliating display of limp-wristed naivety by the UK since June 2016 (and be in no doubt, we have become a global laughing stock) the assumption of every Remainer rentagob from the childlike Yvette Cooper to the very probably deranged Baron Adonis has been that the EU is in the stronger negotiating position – an opinion that the average ESN single-cell bloboid wouldn’t accept. But now that the most likely British politician to point out the small size of the Emperor’s member is about to take over in Downing Street, those across the Channel are – predictably – softening their tone and suggesting that “Sie haben uns alles falsch gegotten”. Well just fancy that.

Last Thursday, I had a conversation with an overjoyed Brit who works for (but allegedly dislikes) the EU in Brussels. The mood, this person insisted, is changing: this is a turning point. The Euronuts, the source averred, are increasingly isolated.

I admit to not having been in the best of humour when I got the call. I had just read an interesting but depressing piece about the NATO-Mogherini-Macron axis: I was not in the mood for premature ejaculations of hollow victory.

But since then, I’ve become more optimistic. There have been hints here and there on and offline that yes indeed, maybe – just maybe – conciliatory elements from Berlin to Paris via Frankfurt and Brussels are popping heads over the parapet.

Today, it emerged (in the Sunday Times and elsewhere) that ‘Senior Irish politicians and diplomats have held peace talks with two of Johnson’s cabinet allies in recent days’. Further, ‘Ambassadors from Belgium and Holland last week met Andrea Leadsom, a senior Johnson ally, and signalled a desire to come to a new deal’; and ‘German and French figures’ have been falling over themselves to avoid ‘No Deal’.

What can I say? You read it here first.

This is not a development that the British Alt State and its geopolitical gargoyle allies are prepared to lie back and endure: the rationale throughout the entirety of this, our Project Fear and Upside-Down commercial logic epoch, has been that they and only they offered harsh reality; everything else was nothing less than baleful, malignant and altogether wicked fantasy. This community cannot afford to be found out. Thus, there are already signs that – in retreat as in vainglorious advance – the blocist fanatics remain implacable in their desire to destroy any meaningful form of Brexit.

There follows a selection of signals from the Sunday media et al that those in the bunker will continue to launch V2 rockets until the last drop of murderous petrol has been exhausted:

They simply will not give up and accept. Which is about as good a definition as you’ll ever see as the difference between pragmatic national democrats in the one hand and collectivist/globalist ideologues on the other. My own view is that we will leave the EU with a pared-down free trade deal that suits both sides. There can be almost no doubt among those who prefer fact to fancy that this will be by far the best outcome for Britain and Europe.

For Europe, but not for Brussels, I hasten to add. Not for NATO, not for the CIA, not for US hegemonists. But for those who put a premium on the survival of human individuality and fragile creativity, a very fine result indeed.

If I might, let me just close with this, on a mellow Sunday evening in Aquitaine. For much of the time spent knocking out this article, my background music has been a live Chet Baker jazz feature recording from almost exactly sixty-four years ago at the Newport Jazz festival.

Pretty well everyone involved on this CD collection is a jazz legend: Gerry Mulligan, Dave Brubeck, Russ Freeman, Bob Carter and many more. The tracks are a celebration of probably the last time twentieth century music took a leap in the dark and departed from previous jazz forms in particular and music in general.

Today, taking a leap in the dark is regarded by the cultural majority as an illogical and anti-social act. I am thus proud to call myself, as the strapline on the Home Page at The Slog asserts, A Cognitive Dissident.