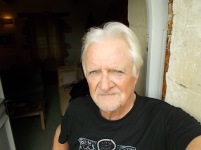 Metropolitan Labour has for too long neglected its northern roots. The legacy of Blair, Miliband and Corbyn is going to hand Boris Johnson an overall majority of at least 30 seats

Yesterday evening was a time for getting my head down and double-checking some election maths in the light of three developments: yet more polls purporting to show a ‘Labour surge’, an insider regional consituency study of which I had sight yesterday around midday, and the Times article released at midnight last night GMT about a giant focus group among marginal seat voters.

There’s no point in sticking to an analysis which is being demolished by a combination of left-field events and new data. If there really is a potent Labour surge going on, then of course it must be reported: such reputation as The Slog enjoys is based on publication without fear or favour. The open mind is the most powerful progress weapon the human species has.

If I may, I’ll kick off with some observations about Slog site stats, and then put my neck on the line by giving what (barring some grisly scandal or horror atrocity) is now highly likely to happen in the nine days that remain before Britons go out to vote….or not, as the case may be.

Epiphany is upon us. People have moved into Christmas mode and are busy maxing out their plastic debt to celebrate the birth of a Jewish bloke who detested moneylenders. Over the last three days, hits at The Slog have been down some 30%. Ensuring the right presents are under the tree on Christmas Eve involves further time starvation for those who, at the best of times, wish there were 40 hours in a day.

This happens every year. Nothing new to see here. Except that, comment thread levels are down in relation to two subjects: spookily enough, Brexit in particular, and the general election overall. And as it happens, this is reflected in today’s Times lead (paywalled) which records levels of ennuie, cynicism and ‘choice between evils’ among voters – equally recorded in recent posts here at The Slog.

The genius of Team Bojo’s slogan – ‘Get Brexit Done’ – is clearly in tune with the popular sentiment: voters no longer giveAF what sort of Brino it is, they just want it over.

I deplore this attitude, but refuse to deny its existence; and the Tories are the only Party saying, with any degree of credibility, that they will give the People what they want by the end of January.

As a result of that reality, the Revokers are running scared. They have every reason to be scared: the Libdems are in freefall, and Swinson’s own seat is now seriously under threat. Labour is getting some benefit from this, but in terms of seat gains, the SNP is going to be the main winner in Scotland. Thus, Blackford will get more seats, and the LibDems will gain far fewer than originally thought.

So where does this leave Labour?

The regional analysis I’ve seen is compelling: it shows a swing to Labour from Liberal Democrat in its safe southern seats (producing zero gains) but a swing against Labour and towards abstention or Tory voting in the northern marginals (producing 27 or more seat losses).

Last but not least, I return once again to the vexed question of those doozies who insist on seeing 2019 as a rerun of 2017.

The latest poll this morning shows Labour solid on 32%, and the Tories on 44%. The usual error margin health warnings apply, but the MRP approach from YouGov continues to insist (rightly in my view) that Boris Johnson will be returned as PM with an overall majority.

For myself, the Labour support figure of 32% is absolutely key. By election day in 2017, it was 41%. I do not believe that there will be a 9% swing to Labour by December 12th. I simply cannot see where further gains can be mined, and it looks to me like Corbynista sentiment is almost entirely restricted to the bourgeois radical chic and immigrant seats of London. To put it simply, Labour’s fanatical support is in the wrong place.

I’m satisfied that my original analysis is still valid: Labour has for decades lived by the sword of First Past the Post; now it is going to be put to the sword.

Boris Johnson’s overall majority may be as low as 30 or as high as 90. But he is going to get something in that range.

Which, from his point of view, is more than enough.