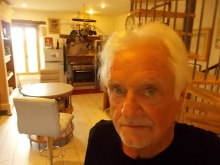 The Slog takes a lighthearted look at the week gone by, and what beckons over the next seven days.

The week here began with a romp through the narcissism of multisexuality and multiculturalism, alongside some observations about the silo-dwelling engineers running YouTube. Neither show any sign of being clarified or damned any time soon.

Things didn’t really get going until Tuesday, when the question on most Brit lips was how to avoid getting involved in the Iran goading followed by the US’s OK Corral response. As always with President Trump, we can’t know what IABATO was being drip-fed into his ears by the neocon gargoyles from whom there is no escape. As it turned out, the Iranian élite fired some token missiles into Iraqui sand without casualties, and so The Donald felt free to downgrade his response from ShokanAwe to tougher sanctions. Encouragingly, the UK Government declined to get involved.

Although the days were going forward as usual, the Labour Party went back to try and discover a new Leader hiding somewhere in its roots. Thanks to Wilson, Foot, Blair and Corbyn, this was a doomed search from the outset, but The Slog had some malicious fun at the wannabes’ expense. When the hustings first opened, it seemed likely that over half the Parliamentary Party might declare by the time bids closed; indeed, I was half-expecting a write-in surge for Greta Thunberg, organised by her Godfather Ed Miliband.

But now we are down to the Sad Six. From the favourite Keir Starmer at the top to Clive Lewis at rock bottom, they’re all unelectable in any situation short of multivariate global disaster. Er….

Thursday dawned to confirm what didn’t need confirming, viz: Boris Johnson will be no tougher with the Eunatics than his predecessor. Stand by – perhaps a year or so from now – for an announcement from BoJo explaining that the only way in reality he could unite the British People was by rendering a hundred per cent of them pissed off with the Brexmain with which we are going to be lumbered.

Friday and Saturday were devoted to the Special Relationships between Harry and Megan, and the UK and the US. Both were judged to be disastrous.

And then finally on Sunday, I posited that all the foregoing was complete toss compared to the need to scale down to local groundwork, and form a demographic alliance movement between the equally fed up Yoof and Wrinkly populations.

And so to the week ahead.

Before returning to the minor task legislating stuff of some social value (by debating the legislative programme announced back in December) Parliament in the Lords will this week do their best to savage the Brexit Withdrawal Agreement Bill (WAB).
Among their number will be Digital, Culture, Media and Sport Secretary of State Nicky Morgan, recently ennobled by BoJo, who has thus far failed to grasp what a complete cultural air head she is.

Peers have plenty of Beechers Brooks they wish to erect against WAB, but may be conscious that they are dealing with ministers who now have a clear mandate for Brino. Changes will be made, and the Bill will then drag itself back to the Commons, where with luck the erectile dysfunction of their Lordships will be dismissed out of hand.

Europe industrial production numbers appear on Tuesday, and the UK’s rate of inflation on Friday. A good fiction read sometimes lightens the load of the factual stuff, but however you view these data (there’ll be some US inflation reporting too) I think it fair to observe that neither traders nor consumers concur with what the Powers in the West say on the subject of fiat paper’s buying power.

One of the clowns who helped create this mess, Ben Bernanke, said last week that contemporary central banking methods “are generally effective until nominal interest rates are lower than 2%”. As all rates are now well below than number, Mr De Wanke may well have a point. He just didn’t offer any clues as to What Is To Be Done.

Outside in the real world, the main highlights for the week ahead will probably be the signing of the Phase One trade deal between the US and China on Wednesday. This may have the effect of persuading some suckers that our problems are now solved. US Treasury Secretary and genetic typing error Steve Mnuchin says the English language version will be made available at the same time. Some people may have more luck with the Chinese version.

For myself, I’ll be a tad more interested in JPMorgan Chase’s results tomorrow, if only to see if there are any columns in the flyshit headed ‘plugging iceberg hole on starboard side’. Ironically, JPMC is hosting the National Healthcare Conference this week, so God still has a sense of humour, despite Nietsche having announced his death 130 years ago.
Finally – and without doubt most insanely – the US House of Representatives will vote this week on transmitting the articles of impeachment for the upcoming trial of President Trump. Hilariously, Nancy Pelosi told ABC at the weekend, “It’s about a fair trial. We’ve done our job. We have defended the Constitution of the United States. We would hope the Senate would do that as well.”

I really don’t care how unpopular this view is, history will look back on this process as a key stage of the descent into depravity of America’s governing class – elected and otherwise. I have searched eagerly since Day 1 for so much as a scintilla of stand-up evidence against Trump over the Ukraine question….but by contrast, I keep falling over huge lumps of indictable material about the man trying to replace him, Joe Biden.
I remain, despite being a Limey, an unreconstructed Kennedy Democrat. This probably explains why I loathe what the Democrats have become just as profoundly as I loathe the British Labour Party’s morph into minority-stroking.