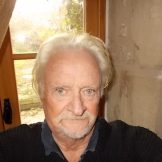 I’m not sure many Sloggers who live beyond the European mainland understand just how invasively unsettling rock-hard lockdown can be. Here in France, it is psychically asphyxiating…like living through The Great Escape and hearing the words “Papieren bitte!” barked at you by some Gestapo goon in a leather coat.

We cannot leave the house after 6 pm, and every journey before then beyond the property (just one a day, maximum one hour, one shop) requires you to have (1) a signed and dated attestation saying where you’re going and what for (2) your ID card or passport at all times and (if you’ve already shopped) (3) a printed receipt to prove you were in that shop. Failure to produce any single item attracts a €135 fine for the first offence, €1000 for the second, and a prison sentence for the third.

During the first three weeks, more than 470,000 were fined. As of ten days ago, the Government here stopped issuing stats about it.

Other elements of this policy – one which, in my view, only a disturbed bureaucratic personality could imagine might be A Good Thing – are both odd and funny right across the spectrum. For most of the first fortnight here in the countryside, we had fine and dry weather; the most common sound of an afternoon was the brrrruurrr of sit-on mowers. A sky completely empty of chemtrails was something I found reminiscent of the mid 1950s. People yelled at each other cheerfully from twenty feet away, like music hall comics determined to be heard in the Gods.

But a week ago, classic wet spring weather settled over Aquitaine like only Aquitaine would tolerate: Outer Limits drizzle that obliterates the horizon interspersed with deluges to make one wonder if an Ark might be the next impossible requirement. Now, a more dour, masked era has dawned.

In a frenzied effort to at least try and make the online crowd think, I’ve posted 49 Covid19 related pieces here at The Slog. Writing like a possessed Dervish has thus kept me more occupied than most. But when the task of preaching to the converted few reduces one to echo-chamber claustrophobia, taking a rest from the internet becomes an important escape from unreality.

There’s plenty of what our species generally calls reality to see: the blossom has been and gone, and green half-done cherries suggest a bumper year, the bamboo has at last gone into orbit, the mint is – as it were – freshly minted, and the other main elements of the herb patch are greedily gulping down the rainfall. But this evidence of natural normality only accentuates the sense I get of an electronic information narrative that is a sloppy three-dollar bill.

So when staring at screen and garden pall, delving into the library starts in earnest. What, the literary squirrel asks, is reality any more?

And that’s how I rediscovered a book I last read in 1974 by the philosopher, scientist and parapsychology polymath Arthur Koestler. Entitled The Roots of Coincidence, it is such a slim volume, one might almost call it a pamphlet. By nature a contrarian, Koestler devotes much of the book to pointing out how powerful the evidence for ESP is; but the theme he develops is really one of defining reality through the media of probability theory and sub-atomic physics.

That carefully crafted paragraph might serve to convince you that I grasp all that stuff, but really the great majority of it makes my head hurt. However, living as I do now in a physical world where the stock markets and what’s left of the economy could be from different ends of a Black Hole, Koestler’s discourse held an immediate appeal.

If that seems extreme to make a point, consider this: despite crude oil’s loss of 85% of its value in the last five weeks – alongside the largest global economic shutdown in modern history – the Dow Jones index continues to hold above 23,000. Across the Pond, despite two EU countries demanding trillion-euro Covid19 bailouts, the FTSE is in bullish mood. Both measures rose 2.3% today (Wednesday).

If this is what passes for human reality, then I’m confused and perplexed.

But of course – as the physicists have been telling use since Planck and Einstein – the experiences in our physicality zone are not reality.

‘Physicality’ as a word is, for most people, inextricably linked to “that which is real”. In fact, the physical Universe only exists in the relatively narrow band between the sub-atomic realm and the unfeasibly infinite comos. And because ( to our very limited human primary senses) both the passage of Time and the separation created by Space appear to be indisputably real in our band of existence, it is by definition not real because science has proved beyond all reasonable doubt that Time and Space are illusions.

As the British scientist James Jeans remarked around the middle of the last century, “The history of physical science in the Twentieth century is one of progressive emancipation of the purely human angle of vision”.

Thinking about this tonight – in the context of the developing Twenty-first century – I have the oddest feeling that in politics, economics, finance, ideology, social anthropology and pretty much all of human experience, opinion leaders are trying to persuade us that the anarchy of changeling waves, energy, matter, electrons and neutrinos – ‘moveable Truth’ if you like – that typifies sub-atomic physics can actually apply in our medium-sized World.

Such, it seems to me, will be anything but an emancipation.