Further directives in relation to the New Settled Science Normal are to be published tomorrow. The Slog has obtained a prelease copy

The Feral Bureau of Pot Exhalation (FBPE) has been using the learnings from the novel corona virus pandemic in order to develop and put forward science-led directives going forward to American, British and EU Gauleiters dealing with unpredictable but inevitable future mass-slaughter events on the same scale as the deadly killer Contrick19.

The goal of FBPE will remain as always the eradication of all death from any cause whatsoever by 2030, and to this end the following Settled Science (SS) requires your obligatory attention as from 22:30 CET next Sunday:

It has been established beyond doubt by the Clinton, Gates and Chou en Zuckerberg Foundations that addiction to tobacco is in fact a long-dormant virus originally transmitted to civilised white settlers by the Germ Warfare division of Sioux Indian tribe extremists in 1958.

Tobacco usage already kills seven million people worldwide a year, but based on studies extensively modelling the movement of the San Andreas fault, Dr Anthony Fauci and his colleagues at the Centre for Panicdemic Nurturing have concluded that the virus will mutate on the first rainy day in September 2021.

The Cambridge University Boat Race team estimate, because of that mutation, that lung cancer, emphysema and passive smoking deaths will kill five billion people per annum in 2023.

As this is a legal drug, we are naturally – under the Bill of Rights, Magna Carta & the EU Human Rights legislation – unable to stop Big Tobacco from selling it, especially as our tax revenues from them are so fucking enormous.

However, all those found to be vulnerable to Tobmute21 will be traced, tested and imunised under the new Global Libertarian Anti-Xenophobia Operative (GLAXO), whereby you still have a free choice because volunteering for vaccination will be obligatory.

The World Hype Orgnisation (WHO) records that drowning is the third biggest cause of unintentional injury death worldwide. This is despite the fact that 99.8% of all those who die from this excrutiating demise could in fact swim. Many years of expert research have gone into what lies behind this engima. The various studies – funded by the Global Hooch Association – have concluded with total unanimity, following selective medically controlled purges, that water is a highly dangerous substance with an intoxicating effect known on frequent occasions to be a hiding place for anti-social elements such as sharks, giant squids, sea urchins, nuclear submarines, fish excrement, electric eels and so forth.

The WHO has declared the task of weaning our species off water the Number One Health Priority, and this year the UN will be asking all civilised, democratic governments to sign up to The Water Is Severely Effluent accord, or WISE.

Further research by the University of Milwaukee (sponsored jointly by the Freddie Heineken Institute and the OmniBooze Health Initiative) has concluded that only water chemically cleansed by naturally occurring fruit and grain brewing and distillation is fit for human concsumption. In this context, the Centre for Detoxification Cancellation (CDC) has directed that all liquid intake should be safely alcoholic, for example beer, wine, vodka, hard spirits and methylated spirits.

Accordingly, the following action is to be taken:

Low Altitude Satellite and social media surveillance of lakes and beaches will be handled by The Googleberg Clintgates Consortium.

All mine-laying will be overseen by Sedwill Robbins Associates.

A staggering 1.35 million people die in road crashes each year: that’s a tragic 3,700 people who lose their lives every day on the roads – which is let’s face it, incredibly careless of them.

But in turn, a further 20-50 million suffer non-fatal injuries, often resulting in long-term disabilities and placing enormous stress on our hospitals whose beds are already 15% occupied.

No less an organ than The Sun has predicted that this ‘totally new phenomenon’ will result in ‘the dead going unburied unless something is done to crack down on this nightmare shock epidemic of motor car madness’, adding that “100% of all car journeys now result in the eventual death of all passengers and drivers”.

The London Times has engaged the services of Inperilous University College’s Professor of Fundraising Nihil Fiddleshagger in the construction of a model. In a world exclusive, The Slog now presents the first picture of this incredibly sensitive prediction device: 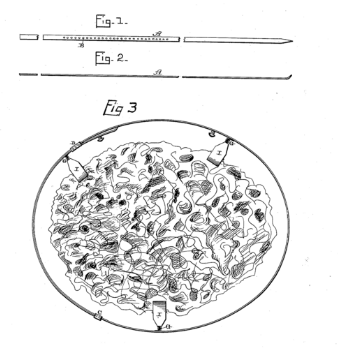 Keen students of Settled Science will instantly recognise the model as a giant leap forward in the projection of where the insanity on our roads is going unless we do something drastic immediately, viz, heading at 930 mph along the B4920 before taking the second left onto the A206 in the direction of Adverse Camber via Loader’s Crossing.

“As a specialist in the virology of road safety,” Professor Fiddleshagger commented last night, “it is clear to me that we are seeing serious roadway collisions trebling in size. Known to his intimates as “Prof Crystalballs”, Nihil told the Times, “There is very clear evidence here that we are dealing with some form of novel brain virus that causes drivers to behave recklessly once seated behind a steering wheel”.

Fiddleshagger’s research into this deadly plague (now renamed Deathwish20) is funded by the Motor Insurers’ Foundation in partnership with the Institute of Global Bancassurance, the Sanofi-Zuckergates Implant Project, and the Hillary Epstein Trust in association with Darryl F Kissinger, Botmade Films, and The NSAGCHQ Philanthropic Elders of Langley Virginia (2018) Incorporated.

Immediately following publication of the model’s prediction that the automotive sector would die along with at least 7.8 billion humans and forty-six chimpanzees, shares in the George Soros Horse & Cart conglomerate rose 136% in two hours.

The New York Times reports that Fiddleshagger will recommend obligatory satnav brain chip and slow release anti-nutjob vaccination for all adults answering to the description Homo sapiens, plus a trebling of annual car insurance premiums in order to motivate the left brain hemisphere to get rather more involved in this driving shit. 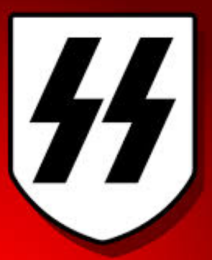