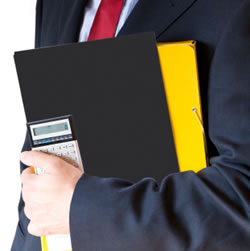 A gigantic global professional sector is devoted entirely to avoiding corporate tax responsibilites. A ‘fair’ tax system should shut this down.

Whenever spending-cuts time comes around, the knee-jerk response of those who caused the crisis is ‘more tax’ – tax the rich, tax your view, tax your windows, tax your death. The main long-term result of this is more civil servants – and because nobody in the civil service has the skills (or desire) to do regular cost analyses, within a decade a frightening number of taxes actually cost more to collect than they produce.

There is one overriding reason for this in the corporate sector: tax accountants. I note from George Osborne’s Budget remarks that his long-term aim is to simplify the corporate tax system, and reduce the burden on business. I think this is a sound idea – with two key caveats.

The first is that whichever way you cut it, business doesn’t pay its fair share of infrastructural cost in the UK. Some may find Mayor Johnson’s 2p in the £ level for this purpose crude, but I disagree entirely: this is an unavoidable tax that the accountants can’t wriggle out of. I also think their employees’ health comes overwhelmingly free: we should abolish the corporate NI contribution – plus all the civil servants that go with it – and instead make companies above a certain size responsible for employee health – both remedial and lifestyle.

The second is closely linked to the first, and concerns multinationals rather than small business. Smaller concerns in the UK are already massively overburdened (especially via the rating fiasco) but larger corporations – while in theory paying plenty – avoid far too much. In 2008, less than 10% of multinationals with offices in the UK paid more than £1million in tax. As there aren’t that many of them – and they account for 64% of profit output – there is clearly a problem here. The problem is tax accountancy firms.

Most large-scale tax accountancy is legal loophole creation, false shell-company formation, and flouting of the spirit of the law. It is effectively the profession of dumping higher taxes on a host population to pay for social infrastructure….which most multinationals are light on anyway (see above).

Its eradication would not require more civil servants; on the contrary, streamlining the business tax laws would produce nothing other than unemployment in the tax accountancy sector – and of course, a massive increase in tax income for no discernible increase in ‘cost of sales’. Given that small business is only 9% of turnover but 23% of business taxes, we are talking big money here.

The scale of tax avoidance is mind-boggling – and pretty much generic in the global economy. A current example investigated by the New York Times this weekend will serve to illustrate just how many noughts are involved. I’m afraid it means revisiting oil-spills: but this time, the US media have an entirely valid point.

Transocean- the US ultra-low profile owners of the deadly Gulf rig – moved its corporate headquarters from Houston to the Cayman Islands in 1999 and then to Switzerland in 2008, manoeuvres that helped it avoid huge taxes. Tax havens are one of the bigger ways to avoid paying one’s way, and allegedly the G20 are on that case. Or at least, they were in 2008 – it’s all gone rather quiet since then. Whatever: we are talking tens of millions of ‘saved’ dollars per annum – or ‘stolen’, depending on your standpoint.

By leasing the rig from Transocean (and thus giving them the luckiest getout in history) BP saves $225,000 tax dollars a day. New Jersey Democrat Robert Menendez is working with Obama as I write to disallow $20 billion of tax avoidance in the oil business alone. Like I said, big numbers – which could be why the US petroleum-based energy sector spent $350 million on tax accountants and associated lobbyists in the two years following January 2008.

Here in the UK, Parliament’s Public Accounts Committee estimates that a quarter of all large businesses pay no corporation tax at all. In 2007, 350 separate multinational corporate tax avoidance scams were closed down by Revenue investigators. The time, money and wasted effort that goes into this borders on the criminal.

Like most criminal acivities, skilled tax avoidance is now a global business – not through expansion as such, but rather through the use of highly convenient payments between subsidiaries of the multinationals concerned. This so-called ‘transfer pricing’ is just a posh term for shifting the money around to ensure maximum confusion of the tax authorities everywhere. While the racket was at its height, the UK tax system lost, between 2003 and 2007, some £5 billion in revenue from just 700 companies.

The bottom line is that entrepreneurs are paying for the rich multinational’s tax advisors, Inland Revenue staff levels are exploding, and big business is, as they say, having a laugh.

By all means let them have their 15% corporate tax rate, Mr Osborne. Just ensure that, at the same time, the buggers pay their way.