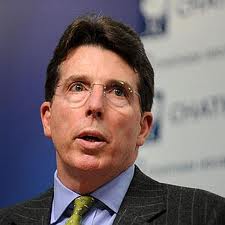 Barclays CEO Bob Diamond may be relieved that he didn’t wind up with a charge of misleading the regulatory authorities as the Lehman v Barcap trial wound up in New York today, but his victory is pyrrhic: the moral high ground (all things being relative) lies with the Lehman estate.

Judge James Peck had previously referred to Diamond’s evidence as ‘devious’, and while he ruled that the eventual deal was fair, Peck did agree with the Lehman trustee, James Giddens of Hughes Hubbard & Reed, that Barclays took some cash assets that were not part of the deal. They included $4bn in cash margin held by clearing houses for exchange-traded derivatives, plus $769m in cash held in “15c3-3”, or protected customer, accounts. That’s a lot of money.

“This was enormously important to us. If we hadn’t won this, it would have frustrated the trustee’s ability to pay customers,” said William Maguire, the trustee’s chief trial counsel.

Well, fair enough. You can see these as the finer points of corporate law. Or you can see the result as a foiled attempt to steal the NASA budget for the next four years off Lehman customers.

Either way, we on this eastern side of the Atlantic continue to wonder whether the Diamond Geezer is to be trusted: we harken not unto what he says, but rather watch what he does. And it isn’t encouraging.