Moscow caught on back foot by regime’s collapse 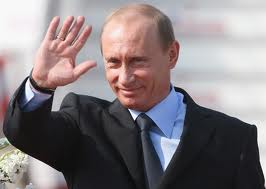 A senior Russian arms-exports ministry source admitted today that the Moscow regime had not expected unrest to bring down the Libyan regime. He also added that the Russian Federation “would lose billions in terms of arms and oil investment”.

Rather than being an oil-producer Vladimir Putin would love to destabilise, Libya has for some years been the source of back-up and joint-venture oil for the Russians, and also its biggest African arms customer. In return for an $8 billion arms deal in April 2008, Moscow completely wrote off Libya’s outstanding trade debt with Russia – an amount estimated to have been in the region of $4.5 bn.

“The last thing the Kremlin wanted was to see the regime collapse” said the source, talking to Moscow news agency Interfax, “we’ve been negotiating a new $2 billion arms contract. Nothing can be ruled out in the current situation, and in the worst-case scenario, these plans may be wrecked”.

The planes being used against Libyan protesters were part of an arms deal done between the two countries completed in January 2010,  a success announced personally by Mr. Putin while meeting with the Board of Izhmash, a major Russian gun manufacturer. Following the arms-for-foreign debt deal of 2008, Putin said that “Libya is orientated towards the most active co-operation with Russia in all areas”.

Although the Kremlin has supplied arms to most Middle Eastern governments, it has – as The Slog has maintained for some time – been largely engaged in training and arming resistance movements in such places as Algeria, Tunisia, Bahrain and Egypt: its government arms trade with Egypt is comparatively small.

But Libya was far more of a partner nation – as indeed it was for Italy….see Slog piece from yesterday. Two years ago,  Moamer Gadhaffi offered to host a Russian naval base near Tripoli.

The collapse of the Gadhaffi regime is a blow to Putin’s influence strategy, a massive loss to Russian exports,  and a personal setback for Putin himself. A classic case, in fact, of playing with fire…only to be burned oneself.