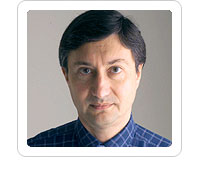 Any relief felt among Wapping Liars tonight is hugely premature

The miracle silver-tongue of Michael Silverleaf worked its magic yet again in the High Court today, as Sienna Miller’s side accepted the £100,000 on offer in order to accept that a private showing of the relevant email batch to her lawyers was enough to satisfy her disquiet. It would be very easy to say Sienna took the money and ran, but the reality is she put her savings on the line to bring this case – so nobody should get too sanctimonious about it.

Unfortunately, the decision – announced a couple of hours ago around 3 pm BST – will set a precedent. And Newscorp was aiming an empty gun at Ms Miller. But that’s easy for me to say – it wasn’t my money. Instead, I think Sienna has a right to ask other celebs with more money – and other media so far being suspiciously reticent on the subject of privacy invasion – to take up the baton from here on.

The truth is that Silverleaf’s bluff worked, but his bullying tactics were not backed up by sound argument. His further plea to Justice Vos this time around was peppered with half-truth and dubious moral arguments. The ‘more than she could expect elsewhere’ assertion is simply inaccurate: the parallel he gave – the Max Mosley case – was risible (Mosley’s phone was not hacked) and it could not begin to crush the most obvious counter-argument of all. That argument remains what it always was, viz, if £100,000 is more than enough as compensation for illegal privacy invasion, what on Earth had they been getting up to with Gordon Taylor and Max Clifford….two selfish gents who trousered £750,000 and £1 million respectively?

But it was Silverleaf’s remarkably amoral contention from yesterday about the NotW Miller stories being “not that hurtful” that sticks in both mind and craw. How would he – a man with power, privacy and reputation – be in a position to prognosticate about the career of a vulnerable actress? Sienna Miller’s professional career and celeb credentials cannot possibly be anything but severely damaged by stories suggesting she’s a desperate slapper who grovelled to Jude Law over and over again.

It would be easy for me, for instance, to ridicule Mr Slitherleech by fiddling with his surname, or alleging that he might be an unpleasant turd with all the caring sensitivity of Bernie Madoff – but that would not have the slightest effect on his career: it would merely be an allegation I could neither prove nor disprove beyond expressing an opinion. In fact, Mr Silverleaf is an excellent lawyer and a brilliant strategist – and I could only harm that reputation by suggesting, for example, that he had tampered with evidence, tutored those committing perjury, or allowed an obvious villain to go free on the basis of arguments he knew to be mendacious. Like any talented professional at the top of his game, Silverleaf grasped right from the start of this process that all his arguments must remain financial and civil, and ignore the criminal. Only by doing that, perhaps, can other Newscorp executives avoid their day in the dock.

Civil case or not, it would be nice to think that occupants of Akers’ Yard were in Court and taking notes. Otherwise, how will Sue’s Sifters be informed enough to build the case they surely must – that the Clifford/Taylor pay-offs were gagging bribes, and probably designed to hide some form of nefarious activity? Who knows: I wasn’t in Court to find out. What I can say is that in other areas of law – especially those involving things medical – a civil finding in favour of the defendant would automatically lead to the CPS debating the potential for a criminal prosecution. Newscorp may have broken Millers heart, and tried to break her will; those of us disturbed about the media ethics on display here are more concerned about how seriously Murdoch’s mob broke the law of the land. I do not know if Taylor and Clifford could be the subject of a subpoena forcing them to reveal their evidence….perhaps a law-based Slogger could advise me/us re that one.

Staying with the ramifications of unbridled press illegality, the Guardian today ran this piece about a world-first Twitter injunction. Those following the Slog’s line closely will see it as yet more confirmation of my fears. Stay tuned.