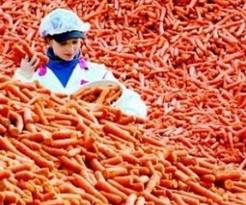 Germany will side with France at the CAP review – but it needn’t have been like this.

I have posted many times over the last year about how, despite my implacable opposition to EU membership, the Coalition policy of simply ‘watching’ European Union events – aka doing nothing – is missing a golden opportunity to intervene to our advantage…and likely to suck us down with the drag once the ship sinks. Below, the Slog reveals shocking details, from reliable Brussels sources, about how the French have been able, with East European support, to put off the demolition of the Common Agricultural Policy yet again – thanks to feeble diplomacy from the Coalition.

Just under half of all centralised EU development expenditure (an activity itself riddled with graft and nonsensical subsidies) goes on the Common Agricultural Policy. But in the current environment, a mood has been building in Brussels to make a significant reduction in the cost of CAP.

“The way it works now,” said one senior official this morning, “a paper outlining the parameters of the budget and the criteria for subsidy is presented in midsummer. Somehow, France always gets a leaked copy. So every time, the French arrive at the table fully armed with reasons why nothing should change. And even when Germany wavers, the French find sweeteners to talk them round.”

As late as last Autumn, Berlin not only supported the French position on CAP, but agreed that stopping the system entirely was off the table for the foreseeable future. The Policy will be renewed after after 2013…..even though, as long ago as 2002, there was a proposal before the Commission to set a finite time for it to continue.

Over the years, Britain hasn’t made so much as a dent in the Franco-German commitment to the CAP; in fact in 2004, Tony Blair (much to Gordon Brown’s fury) blithely gave up a 7 billion euro compensation the UK had been receiving thanks to the determination of Margaret Thatcher. But over the last six months especially, the mood in Berlin has changed, as poor budgetary discipline by southern European member States left the Union with a eurozone-busting hole in its balance sheet.

“The British could make a get a net advantage over the current share-out in the region of perhaps 8 billion euros,” says one experienced observer of the system, “While at the same time forging more of an alliance with Berlin. This would be based on savings and thrift – something dear to the CDU’s heart. But the real level of interest from London is minimal. William Hague simply is not a player in these discussions.”

In this environment, French lobbying has switched its emphasis more towards the former Soviet States to the East, where poorer manufacturing economies remain massively dependent on both agricultural output per se, and EU subsidies in particular. In Berlin, however, senior politicians and civil servants are beginning to ask why Germany should continue to foot a bill for the lion’s share of a near 60 billion euro bill. France alone receives just under 20% of it….despite the fact that it already exports more foodstuffs than any other member. The CAP is supposed to be an aid to developing agriculture, not a reward for exporting subsidised food.

“Some of the French arguments for this to continue are so cheeky as to be funny,” says a long-time Brussels journalist, “and were Britain to get properly engaged with the Germans and others in northern Europe, there’s no doubt in my mind they could get the CAP cut down to size. Frankly, serious and concerted lobbying on the issue by the UK simply doesn’t happen. They aren’t interested. And in my experience, whenever the Brits get around a negotiating table, they get taken apart by the French anyway. It’s all rather shambolic.”

Even the EU agriculture commissioner Dacian Ciolos was scheduled to tell the European Parliament today that the CAP policy is no longer appropriate, and “lacks credibility”. But still the Coalition sits on the sidelines, muttering inanities about the EU being ‘an imponderable’.

The UK’s  Environment Secretary Caroline Spelman has called the likely outcome (a small cut in CAP over a number of years) “a lost opportunity”. But who lost it? In London, a group of around 130 MPs calling themselves ‘Fresh Start’ has set out what its skeleton for what a new, more arm’s-length relationship with the EU could look like,  and why – far from being pie in the sky – the methods for doing so are relatively straighforward. But they won’t find any support coming from the Westminster Estabalishment.

“Hague adopts an odd position on the Europe issue,” observes one prominent Tory backbencher, “he’s what you might call casually eurosceptic, and his demeanour has I think infected Cameron’s inner circle as a whole. They all see the EU as a cross to bear, rather than one to break…or shape into a weapon of some kind. But in the end, it comes down to the old divide. Every Conservative Minister since the early 1980s has lived in fear of the Party’s Right Wing on Europe. They’d do a lot better to fear the EU’s connivance against us.”

The Slog’s view remains the same: staying out of the eurozone meltdown issue – and as members, it is our business, whatever Merkel thinks – was very poor defensive work on our part. And this CAP negotiation is a missed open goal from two yards out. We can ill afford to look a gift-horse like 8 billion euros in the mouth. And more than anything else, we can ill afford another dominant Germany on the Continent….over whom we have little or no influence.