….a plan for capital controls 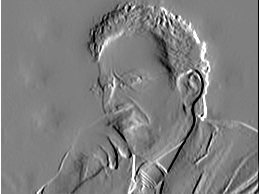 Brussels sources were alleging this morning that new Eurogroup head Jeroen Dijsselbloem has “a largely worked-out plan” to restrict the movement of capital out of Europe. The man with the big mouth has a big task on his hands.

The Slog is still convinced that most of the Eunatics are completely underestimating the bank run that will follow their weekend actions in Nicosia. But perhaps some of them are merely saying they don’t expect a run.

There’s an interesting observation at the stratfor site:

‘The question, of course, is whether foreign depositors in European banks will accept that Cyprus was one of a kind. If they decide that it isn’t obvious, then foreign corporations — and even European corporations — could start pulling at least part of their cash out of European banks and putting it elsewhere. They can minimize the amount of cash on hand in Europe by shifting to non-European banks and transferring as needed. Those withdrawals, if they occur, could create a massive liquidity crisis in Europe. At the very least, every reasonable CFO will now assume that the risk in Europe has risen and that an eye needs to be kept on the financial health of institutions where they have deposits. In Europe, depositing money in a bank is no longer a no-brainer.’

Once this happens of course, we are going to get capital controls. My Brussels source confirmed this in the last hour:

“A plan is ready to go, and has been since January,” he asserts, “But the FinMins have yet to discuss it – not that this will make much difference. Now he’s in the Eurogroup driving seat, Dijsselbloem has become a prime mover in all this”.

My mole is referring to Jean-Claude Wanker’s successor Jeroen René Victor Anton Dijsselbloem, a man who has immediately established himself as the kind of bloke who believes in the manoeuvre-signal-mirror approach to driving: the brain is only engaged once its agent the tongue has been flapping away for some time.

Spawned by the Dutch Labour Party, Dijsselbloem is yet another apparatchik with no clue as to the way markets work. He studied agriculture at University, took a masters in it at UCD, and then became a local councillor before moving onto the national political scene in the Netherlands. Same old same old etc etc.

But ignorance has never held such folks back. On 1 February 2013, he nationalised the financial institution SNS Reaal, expropriating the Shareholder funds and owners of subordinated debt with no compensation. After taking part in the Cyprus bank heist, he said, “I’m pretty confident that the markets will see this as a sensible, very concentrated and direct approach”. They didn’t.

His reference to Cyprus being “a template” last Monday has since been dubbed ‘the Dijssel-Bomb’ by Wall Street (his name is actually pronounced Di-Sell-bloom), but Jeroen’s rapid reverse out of this cul-de-sac the next day was a Twitter classic:

‘Cyprus was a specific case for which the current bailout was tailor made with no models or templates used.’

So it was a sort of one-off bailout template for future off-the-peg tailor made bailin models. Clearly, the new Eurogroup head is a Class A, inexperienced, all-round idiot. If nothing else, we do at least have continuity in the role.

But the serious take-out is this: capital controls are coming. Behind the scenes – and Jeroen Dijsselclown – mysterious Mario the Invisible Banker is at work to make it happen.

Talking of Draghi, there was a pretty hilarious quote in one Bloomberg piece yesterday. It suggested that ‘The European Central Bank’s ultimatum to Cyprus to commit to a 10 billion-euro rescue showed Draghi playing a harder and more public game than in any bailout before.’

Mario Draghi has been about as public as Howard Hughes in recent weeks. The article goes on to assert that ‘the Cyprus episode reveals the extent of the Frankfurt-based ECB’s leverage in bailouts’. Er…yes it does, but it was Schäuble and Lagarde who went in with all guns blazing, demanding a 40% haircut for depositors. It has now emerged that Mario Draghi was at the Eurogroup meeting where the bunfight occurred, but he doesn’t appear to have said much.

“The behavior of the Eurogroup wasn’t one that would give you the impression, if not convince you, that here was a single unit of 17 partners trying to do the best for their continent and their currency. It was more like: here is a little guy who has misbehaved, and we’ll put him down.”

Hard to disagree with that, but Bloomberg’s point is a good one despite being badly expressed: the ECB controls the Emergency Liquidity Assistance that is keeping the eurofinancial system afloat. By turning off the tap, Draghi has the same power as Putin does with his gas reserves. The only difference is that Russia’s gas is real, whereas the EU’s money is piss and wind.

However, my view remains unchanged: the EU, the 17, Brussels-am-Berlin and Mario Draghi only have power over those nations which (a) don’t want to default and (b) are determined to stay in the euro. Thus far, all the aid recipients have believed the chicken-licken bollocks about those moves inevitably leading to disaster. I don’t agree: and neither does Italy any more.

The Italian Boot has now become the one thing willing to kick Schäuble, Draghi, Rehn and all the other mobsters in the balls.

In Spain, things are not yet as advanced: the Greek lesson about trying to tax folks with no money just hasn’t been learned. A study by global accounting firm Pricewaterhouse Coopers (PwC) concluded that the Madrid government’s plan to tax the arts would backfire, and that its annual income from across the arts industry would actually fall by nearly 10 million euros (£8.5 million) as a result of the VAT increase. And so it came to pass that the government income from this quarter has withered away.

Last night at The Slog: Everything tickerty-boo after Cyprus