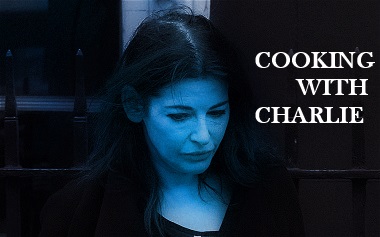 Charles Saatchi is not the nicest of blokes, but then – like most obsessive advertising copywriters of his era – he wouldn’t be where he is without being ruthless in his search for perfection. I think he has utterly buggered up the market for modern art – to the extent that far too many people are now confused about the difference between pyrotechnics and content – but the real art market will adjust and survive once Charlie’s gone.

However, his treatment at the hands of the authorities and the media (as regards the split with Nigella Lawson) has been nothing short of classic kangaroo-court vindictive ignorance. “Oh my God he was seen to grab her by the throat, what a nasty violent pig he is and poor Nigella how she must have suffered” burbled the wimmin. ‘MILLIONAIRE Charles Saatchi accepted a police caution over his row with wife Nigella Lawson last night — hours after claiming they’d had “a playful tiff” screamed The Sun on 18th July this year.

But it all looks rather different now. For me, Nigella had always represented a figure of fun: the personification of how too much money and bubble-based privilege can lead to idiotic comments such as “The best vinegar to add at this stage in the cooking is cider, but if you’ve run out, Champagne vinegar will do just as well”. But behind all that, I felt a background unease about the sheer size of her ego: how every dish was ‘my’ Christmas Turkey or ‘my’ summer salad.

Well, guess what? It is alleged now that the lady has a rather bad nose-powdering habit. That Mr Saatchi went along with the “police caution” bollocks to protect her. And that he grabbed her by the throat as part of a wake-up call.

Charlie Saatchi has more experience than most when it comes to dealing with drug abuse: not his own I hasten to add, but rather that of some of the loons around him at the peak of Saatchi & Saatchi’s 1980s cultural hegemony. For all his own myriad faults, his Jewish common sense remains firmly in place.

There are salutary lessons for our now permissive, now judgemental society in this saga. They are these: political correctness is a dangerous form of fascism, Newscorp tabloidism undermines equality before the Law, and television has no basis whatsoever in reality.

The sooner a majority of Brits grasp these inalienable facts, the faster we will recover from our disease.