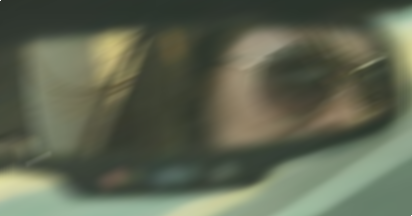 I don’t really get angry about Theresa May. After all, she is a guile-free area…and thus something of an easy target. All I wonder about Theresa May is howTF she got to be Home Secretary. Her only saving grace in this role is that she shows no signs of being a paedophile, which is I suppose novel in that role. But she approaches the process of awarding central government draconian powers with the deft sleight of hand normally associated with lepers.

Home Secretaries traditionally have the easy spot at Conservative Conferences. To them falls the task of telling les tricoteuses in the audience that there will be short sharp shocks, boot camps, birching, and death by poison dart practice for all those who steal…up to but not including people called Goodwin, Hester, Crosby, Diamond etectera ad nauseam et infinitum. This year – IS having transformed itself from small rabble to global threat – Madame Mayormaynot had the undefended goal staring at her from two metres out, yet somehow contrived to trip over….before accidentally titting the ball over the line.

People trip over when they lose their balance, but the problem with Tessie is that she does seem to have an inherent balance problem. Although most of the time about as emotional as a motorway stanchion, she’s always given me the feeling that, while suffering PMT or similar, she just might go out and machine-gun an entire bus stop queue. You can of course do this kind of thing when you’re Home Secretary, and get clean away with it: look at Leon Brittan. On the other hand, don’t – he’s a bit of an eyesore.

Her speech today lacked both passion and reason…which was a unique achievement, but not really what we need at this turning point in our history. The Home Secretary said that the new Terrorism bill was to be introduced this November because of a “crisis in national security” created – get this – by the rapidly declining ability of the police and security services to monitor internet and phone use. And she blamed this on the LibDems refusing to give the power to anyone from Uncle Tom Cobbleigh downwards to listen in to everything….as if they didn’t have this power already. I mean c’mon: since when were the security services bound by the Law?

But the real problem with the speech was Ms May’s inability to get beyond the clichéd mendacity last peddled by Tony Blair around the turn of the century.

She highlighted “the scale of the threat to Britain” from Islamic State. IS, she claimed, could “get hold of chemical, biological or even nuclear weapons” once they were “the world’s first truly terrorist state”, operating “within a few hours flying time of our country”. Oh per-leeeze. I never liked the Mad Handbag, but at least the old bat never suggested that it was “Today the Falklands, tomorrow Uxbridge”.

We should not, of course, be surprised that Camerlot is running digitally remastered scare propaganda in Blaircolor and Strawrama with added Quadrabushic sound: David Cameron, after all, admires Tony Blair. You have to be some kind of cross between Lord McAlpine and Noddy to admire Tony Blair.

Anyway, what’s done is done….albeit with -56 for finesse: more than enough to pass the Sleeple test with flying colours, but that’s not really the point. Before anyone tries to dismiss this piece as yet another wiseassed Conference sketch, let me just itemise what the obvious, efficacious and infinitely less expensive approach to this problem would be for a Government with balls, imagination and the wellbeing of UK citizens in mind.

1. Remove private parts from back passage of Washington/State Dept/CIA loonies

3. Develop energy forms we have already that require neither oil nor fracking – eg, CO2 neutral coal as developed in Scotland seven years ago, and since ignored by British Government idiots like – just choosing an example at random here – Ed Miliband when he was Minister for the Environment, wind-power, fart-recycling and so forth.

4. Recruit some people to MI5/6 who know what to do beyond defecting to the Soviet Union, and focus on eliminating UK-based Jihadists.

5. Explain to UK Muslims in the language of their choice that Islamist fellow-travellers will be awarded zero-tolerance, and expected to make just a teeny-weeny effort to integrate into British life – or f**k off.

The sole obstacles to achievement of this strategy are political will and creativity (of which Camerlot is devoid) and Point 1 above.

I’ve often wondered what it is that the Yanks have on us. It must be pretty frighful.

Earlier at The Slog: Plan A isn’t working, shame about Plan B