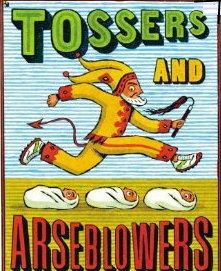 After the Slog’s twitter-fest concerning the obvious fact that Juncker was lying through implanted teeth yesterday about his role in tax evasion, it seems that yet again some more reality is intervening today.

Jean-Claude Juncker denied he was the architect of Luxembourg’s rise as a low-tax magnet for big international companies—but a review of his speeches during his tenure as prime minister of the tiny nation suggests ‘he was a point man for selling the country’s tax system around the world’…says the Wall Street Journal. The WSJ is now seriously on his case. This could turn out to be a very lucky bounce for Cameron.

Other celebrity liars are also looking a little sick….and I’d imagine that some folks in the cps might be wondering at which point their role in the acquittal of Rebekah Brooks might come under close scrutiny:

Becky Redtop approved every single ‘investigation fee’…but never asked what the money was being used to do? And while atop Andy Coulson of an evening, she never asked him either. So why – once Goliath’s poo hit the windmill – did she personally order the deletion of 3million emails? Why did the Met Officer ‘not see’ the email confirming her 100% control over all expenses? Why did the cps tiptoe through this minefield, delicately avoiding any charge that would blow the legs off her defence?

And last but most delicious mmmm, yum-yum, cold revenge on toast, ‘Mirror admits some stories during Morgan’s tenure may have been obtained by illegal means’ was a headline some three weeks ago…but words like some and may are gradually being deleted….so I am told. Lest we forget, Morgan trained Rebekah in the art of, um, investigative journalism when he was at the Mirror, but I must stress for the benefit of those of an ambulance-chasing disposition that neither the Romping Arse nor Rebekah Fucks ever Did a Phone in their entire lives….unlike that horrible A. Coulson person who by the way used to work for David Cameron – whose horse Becky Redtop used to ride.

You know, I’ve heard it called many things in my time, but ‘horse’ is a new one on me. I really must try and keep up.

Earlier at The Slog: This is what a fake-Yank Aussie Pornographer pampered Toff used to look like