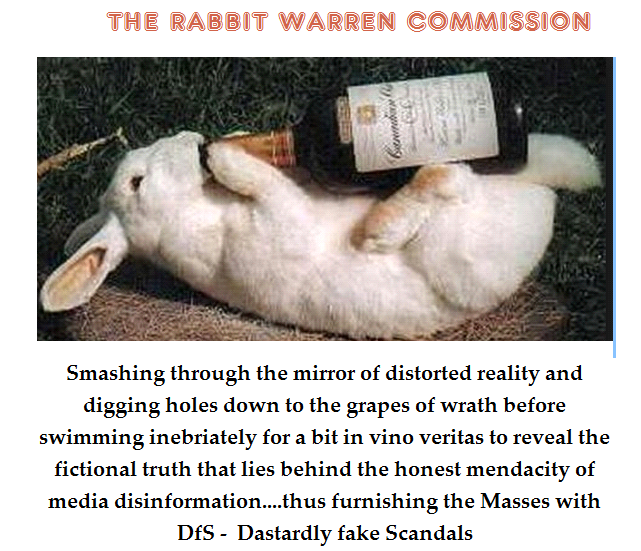 Despite several attempts to capture New York Times columnist Lisa Lerer, the NYPD confirmed today that she is still at large.

“We’re worried about her,” said senior Detective Sherlock Rabinowitz, “because her columns in the Times are getting just too crazy for words now. I’m appealing to Lisa, wherever ever she is, to stop turning the Truth inside out and instead just turn herself in”.

Only yesterday, Ms Lerer authored a column headed, “Democrats looking ahead to 2020 see a future that is female”. I understand that police, psychiatrists, small children, DNC organisers and social anthropologists are worried she may be increasingly convinced that men do not exist. She may also “have blanked out of her mind the fact that a token Arkansas nutjob dame lost to a hotel janitor last time, and a black dude fucked up the eight years before that” as a senior Democrat confided to me last night.

Lisa went on to laud Lupe Valdez, the Democratic nominee for governor in Texas – who is the first openly gay woman and Latina to be nominated by a major party for the top post in the State. Lupe could be a tad too marginal for the straight white mothers of the Lone Star State, a niche appeal she didn’t expand by remarking that ““We’re not a red state, we are a nonvoting state. If the people vote, we win. The problem is, we’re not voting.”

Yup, Lupe really nailed the not voting, not winning thing right there.

Is anyone going to ask why? 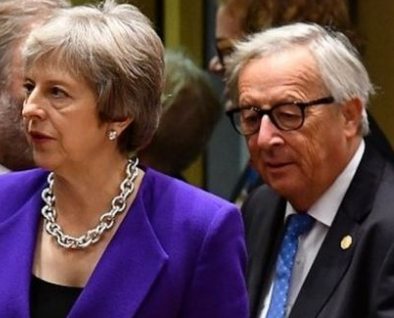 You can’t see his lips move, but evil genius J C Juncker has been captured by an AFP snapper in the act of working tailor’s dummy Theresa May from behind.

New Slog research has revealed that Juncker’s real name is Terry Plonker, a man famous in Luxembourg thirty years ago for his ventriloquist skills. Terry can throw a voice, do an impression of anyone, and perform both tricks without moving anything except his hands up a dummy’s back passage.

The dummy in question entered public life after sexually frustrated investment vulture Philip May answered an advert 40 years ago for “the most lifelike sexy dolly bird on the planet price only $4,000 plus postage & packing, batteries extra”. Little did Mr May know that the ad was a front for KGB operative Plonker, reporting personally to the USSR’s top agent in East Berlin, MadMonk Rasputin aka Vladimir Putin.

Things got out of hand when Philip (a blackmail victim of the wicked KGB) allowed Plonker to present the dummy to the Tory MP selection committee in Maidenhead as May’s wife, already codenamed Agent Theresa.

The rest is history…..but not as we know it, Jim.

In an exclusively syndicated interview with the Nordeuropa Völkischer FiskalUnion Zeitung, IKEA-fashioned self-assembly flat screen android Michel Barnier revealed his conviction that British Leave voters are nostalgic Empire Loyalists, many of whom have close relatives responsible for the Black Hole of Calcutta. He also admitted to a conviction dating back to his early childhood for oral abuse of a snail, and asked for seventeen hundred similar offences to be taken into account.

Expanding on his massive knowledge of British history, Monsieur Barnier told NVF features columnist Ibrahim Z. Fatwah that “we Europeans have become accustomed to la perfide Albion, and the cowardly British habit of sinking French fleets for little or no reason beyond pathetic excuses about Napoleonic ambitions and Nazi war aims”. However, Michel was at pains to point out that he bore no ill-will at all to the United Kingdom, adding that “it is only the British élite that has consistently opposed European unity for over two hundred years, but sadly the ordinary UK citizens will be the ones to starve to death without the generosity of the European Union pension scheme”.

He called upon Queen Elizabeth II to abdicate in favour of Baron Adonis as “the best way to solve the Irish backstop issue”.

As the Daily Mirror (‘Fighting for you’) revealed a £108M lottery winner’s love-child payout row, The Sun blew the gaff on Strictly’s Craig and his innermost thoughts about contestants on the show. Variously describing them as dull, narcissistic, tongue-throat plungers with false tits hanging out, Craig Revel Whorewood nevertheless kept other people’s feeling about him to himself.

“He is somewhat typecast,” Boris Johnson confided to The Slog this afternoon. It is, for once, hard to argue with BoJo’s verdict: in December 2009, Revel Horwood played the part of the Queen in Snow White and the 7 Dwarves at Theatr Cymru in Llandudno, North Wales, a role he reprised in December 2010 at the Hawth in Crawley, and at the Orchard Theatre in Dartford, Kent, alongside Ann Widdecombe in 2011. In December 2012, he played the same role in the Swan Theatre in High Wycombe, again alongside Widdecombe.

Asked for her opinion about Woodenbore, Ms Widdicombe told ace reporter Joe Blob that he was “rather sensitive about his weight, but very good with colours”.

No doubt Craig will revel in these new revelations.

While the Guardian, ITV and the Daily Mail described the People’s March attendance in terms of ‘thousands’, the BBC called it as ‘hundreds of thousands’ – a major scoop for the much-criticised national broadcaster.

Over on Twitter, Olwyn Bones has tweeted to the effect that “tens of millions of anti-fascists stood ready at the barricades today to smash the Nazis trying to keep us in the Tory concentration camp known as ‘Great’ Britain but I will defeat them as I did the Hitlerian hordes in 1944, forty years before I was born in 1984 and I’m sorry here, but why is that so funny?” [sfx ripping of microphone from exquisite Versace top before flouncing off to somewhere else].

The event has been rebranded as ‘A March for the Future’, the better to separate it from the ‘March for Freedom’ by African Islamists stomping across Europe, the ‘March for Peace’ by Hollywood stars over the DMZ in 1970, and the Mad March Hare who was late for a very important date on the other side of the looking glass.

But as predicted here yesterday, Barren Adenoids stole the show with his tweet complaining about the BBC as follows:

Once again it falls to the Rabbit Warren Commission to spill the beans on Andrew’s 1953 12″ Bush television set, which is still broadcasting Sylvia Peters talking about this year’s crop of blushing debutantes.

No doubt Michel Barnier would approve.