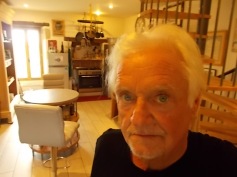 There has, it seems to me, always been a subtle difference in style between Mexican Wall construction specialist President Trump, and former StopBrexit double agent Theresa May. This has been perfectly encapsulated over the last 24 hours in the way each said goodbye to a meddlesome priest. Donald dismissed his security advisor John ‘Bonkers’ Bolton with a cool “Thank you”; when asked why, he told a colleague, “John never met a war he didn’t like”. Mrs Mayormaynot rewarded out and out traitor to British interests Oliver Robbins with a knighthood as he departed these shores for an entirely predictable sinecure with Goldman Sachs. You have to hand it to Ollie and John, they have always been out-and-out neocon blocist fanatics, and they are both incurable.

But whereas Trump spotted the nutjob and excised him as an obviously deranged hawk, soon after being introduced to him in 2013, Theresa recognised Robbins as a twin flame. I could say “soulmate”, but neither of them has a soul and so it isn’t really appropriate. Anyway, some let loose the dogs of war, and some let them lie sleeping. “Sir” Ollie Robbins will fit in in jolly well on Wall Street. There’s an end to it.

There is a certain air of double standards surrounding the steady rise of Labour’s Corbynista Wimmin robotette Kate Green.

If Mzzz Green has a speciality, it is in equalities. Following a reshuffle of Labour’s shadow ministerial team in October 2011, Green was promoted to shadow Minister of State for Equalities at the Government Equalities Office, working alongside Yvette Cooper. Cooper, as many of you will already know, is a world expert in the study of Age Equality, such that she insists a great many men who shave twice a day and run riot in Calais are very likely to be under twelve years of age. Having no children of her own has doubtless been a great help to her in reaching this conclusion.

Kate herself is rather more obsessed with a fair crack of the whip for girlies, if that isn’t an inappropriate metaphor. One can understand why she feels this way: she stood unsuccessfully in the 1997 General Election as the Labour Party candidate for the Greater London constituency of Cities of London and Westminster. Soon afterwards, she contested the 2000 London Assembly election in the West Central constituency, and got wiped out again.

But then Green fell into the Labour ways of “equality”, and after nine years in the wilderness, was selected as the Prospective Parliamentary Candidate for Stretford and Urmston through an all-women shortlist.

In this sense, our Kate is very much on the same wavelength as arch-egalitarian David Cameron, who once oxymoronically observed that “there’s no harm in getting a leg up from a level playing-field”.

Personally, I find the word ‘meritocracy’ far more to my liking than equality. The latter has been perverted by Lefitlib believers, whereas the former means what it says.

Anyway, Kate Green is now MP for Stretford & Urmston with a thumping 20,000 majority. Nice work if you can get it.

Green wrote in the New Statesman in September 2016: “Even when Jeremy Corbyn gets that there’s a problem, his solutions too often reinforce rather than address the root causes of gender inequality”.

And finally, Boris Johnson has tonight ruled out an electoral pact with Nigel Farage. Farage had previously said that his party could be Mr Johnson’s best friends or “worst enemies” and that the prime minister would lose a general election if he rejected a “non-aggression” agreement. A spokesman for Boris said, “The PM will not be doing a deal with Nigel Farage.”

I think this tells us rather a lot about how far BoJo will or won’t go in getting something anywhere near to what Sovereign Brexiteers want.

To be more precise, the Prime Minister’s first priority is the survival of the Tory Party, and the alienation of its biggest real potential rival, The Brexit Party.

By contrast, the Liberal Democrats want to be part of the European Union even if it nukes Russia next Tuesday, and the Labour Party will always go along with that if it shows any sign at all of delivering Jeremy Corbyn into Downing Street via the front door.

Thus, we have all three established Parties putting something before country: Boris prefers Toryism, Swinson prefers Brussels, and Corbyn prefers power to obscurity. As for Nigel, he puts Brexit before anything and everything.

They’re all wrong. What comes first is the maximum functional freedom and personal fulfilment for every British citizen. None of the existing Parties care a fig for that.