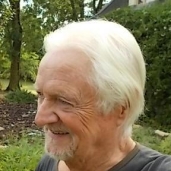 Economic denialism, Brexit predictability and the steaming hypocrisy of Jo Swinson the Illiberal Demagogue are not remotely funny. When Saturday Comes, chaps and girlies need to take respite in something incorrectly amusing. Today’s victims of The Slog’s casual hate speech include Stella Creasy and her mum, Leftist dynasties, French hunters, Owen Jones and Whales off Wales.

There are some wonderful identities/avatars on Twitter – in the sense of being hernia-inducingly funny, witty and wise. What’s also noticeable is that they are neither ideologues nor arseholes. There’s one chap called, ‘No, not me – I think that’s Spartacus over there’ (cracks me up every time I see it) and another one called simply ‘cj’, after the infamously pompous boss from the Reggie Perrin books/scripts of dear old David Nobbs.

One is also greatly reassured by finding folks who can deconstruct ‘expert’ idiots with minimal use of prose. One such (whose politics I probably don’t share, but then so what?) is Paul Embery:

This is so on the money when it comes to the unconscious irony (UI) of braindead catechists: it sums up what Twitter should be about (show not tell) as opposed to soundbite drivel, which is what it is most of the time – that is, a sort of digital version of dreary slogans on 1970s demo-marches.

Embery’s observation inspired me to take a more detailed look at Creasey’s background. It paid dividends, and suggested to me that UI is probably genetic. This is a quote from Stella’s mum:

“My parents were very aristocratic, and I was enormously privileged, and this contributed to my decision to join the Labour Party.”

Ah yes….ultimately, home is where the heart is. Given the generations of Kinnocks, Dunwoodys, Benns, Straws and Prescotts whose children are far too often heard as well as seen, that fine old leg up from the playing field Levellers is just as petrified in Labour’s ranks as the existence of Earyerz* from Eton in the Conservative fold.

The true irony here, however, is surely that Labour’s once indelible distaste for promotion by genes has been proved correct in its own Party: Stephen Kinnock and Hillary Benn are, clearly, archetypal examples of inbred pc mediocrity.

Tis the season of fecundity down here in Aquitaine. Following the example of Jesus of Islington, ah been jammin’ an’ shit, innit? That is to say, converting fruit gluts into sugary Vitamin C for spreading onto hot toast of a dreary winter’s morning. Blackberry, Fig and Damson jam have been produced.

The local males in my corner of the world have returned to the hunting of wildlife. It’s as well to hide behind the sofa while they’re at it, as their identification of targets does not always bear close examination.

Last week, one hunter to the north of here mistook a motorised vehicle for a hare, and peppered it with 99 lead pellets. The driver (later investigation proved) did not have elongated back legs; the local gendarmerie declared him “fortunate to escape with his life” – but oddly, the chasseur escaped with not so much as a caution.

I suppose that if a majority of voters are able to identify President Macron as “a centrist”, anything is possible. But one can’t help feeling that some kind of basic ophthalmological test might be in order for wannabe Ernest Hemingways who can’t tell a camion from a cat.

Staying with politics, Jacques Chirac died earlier this week. I can confirm that his death was nothing to do with him being mistaken for a wild boar. I must also admit that his death came as a surprise to me, as I was labouring under the belief that he’d been dead for years. The French media went into mourning overdrive, and the French population went into work as usual.

Work as usual under Macron the moderniser involves a great deal of truculence. My local fire station here proclaims “Fireman are angry”, and French police have been taking to the streets to protest, claiming their morale is at rock bottom due to a culture of long working hours, the threat of pension cuts, and the onerous kick-boxing lessons required if they are to continue beating the living daylights out of Gilets Jaunes. It can only be a matter of time before GJ marchers meet up with manifesting gendarmes, and decide to have a kick-about in the manner of French and German soldiers in 1915.

You may think the term Northern Bottlenose to be a reference to Owen Jones, and if so I would understand why: his nose does indeed resemble the neck of an Ozzie stubby beer bottle, he talks a good game of fact-free rubbish, and he really does go on and on and on. “Eternity is very long,” Woody Allen once remarked, “especially towards the end.” The collective term for the many Owen Joneses would surely have to be ‘an eternity’. One minute he’s a poor victim beaten to a pulp by a feather duster, the next he’s Olga Jonasovich the Soviet tank commander smashing the Nazis, and later still he might be cheeky Owenetta the mincing Manc-Imp or Jones the Twattering tweeter inviting everyone to an empty theatre.

However, the northern bottlenose is in fact a rare kind of whale. One of this species has been spotted off the Welsh coast – near to Black Rock sands, a beach I remember well from caravan holidays as a kid. The lady who took a shot of the whale put it like this:

“He’s also been seen near Porthmadog too, so there must be something seriously wrong with him”

I think this an unpardonable slur on the thriving tourist town of Porthmadog. Fair enough, of a Saturday night these days it is a bit of a warzone of punches and vomit, but the best pub there serves draught Dragon lager, which is not a bad drop. Russell Grant and Boy George live nearby, although Owen Jones doesn’t, probably because he is ever-keen to be the only gay in the village, fighting a lone and valiant battle against the local Stürm Abteilung Hitler bitches.

There was a joke once upon a time about a bestial paedophile who came from Gwynedd. When questioned by a local magistrate as to the reason for his propensities, the man said, “I’d just as well be ‘ung for a lamb as a sheep see, isn’ it?”

Right. I’m off to the local for a half of Meteor. Back later, or not. It depends.

* Scientists concluded many years ago that upmarket English males do not say “Yes”. They utter the more obscure word, ‘Earyrez’, interspersed with others. Cocktail party conversations often go like this:

Sloane1: I see that old Harley-Streate kicked the bucket…

S1: He was highly decorated, you know….