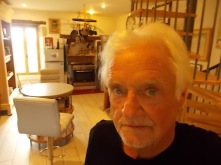 Sky News is an awful channel, Butagaz is an awful company, and Momentum Labour has conducted an awful General Election campaign.

I was watching Sky news this afternoon. I realise this is no time for self-pity, but in some ways the utter banality of its output cheers me up no end. Sara-Jane Mee-Memememe is not so much the anchor of the 2 til 5 slot these days (Kay Burleyesque having been demoted to the Shredded Wheat space) as an airheaded airship needing guy ropes to stop her featherweight confection from floating up to the ionosphere and beyond.

Yesterday, the pioneer sufferer died aged 34 – hence the newsworthiness of the item….”newsworthiness” being a euphemism for cynical emotional incontinence. Sara-Jane introduced the MND Charity Talking Head, and he told us that the Challenge had become “a total phenomenon in fund raising”.

As it happens, during the period that the challenge has been ongoing, I never once made the connection between ice buckets and MND – despite the fact that my best friend at Grammar School died of it eight years ago.

After watching Ms Mee’s piece, however, I am now fully aware of just what a total phenomenon in fund raising pouring ice-cold water on up-for-it celebrities was. It would have taken a complete primary senses breakdown on my part not to have been aware of that fact.

Sara-Jane’s leaden faux-caring is perfect for the media environment in which we live. She handed over at 5 pm GMT to the main Sky News bulletin, which featured the Labour-supporting father of London Bridge attack victim Jack Merritt saying how utterly tasteless it was for Boris Johnson to take political advantage of his son’s death.

Both father Dave and son Jack Merritt are and were very keen Labour Party supporters. Johnson – a man about whom I have every reservation imaginable – was in fact responding to opine that the fluffy Justice system’s decision to let the killer out on probation was indescribably naive. The attack was real, people died, and the system’s failure is obvious for all to see. But somehow, media opportunism turned that failure into yet another weapon with which to clobber BoJo.

I’m all for clobbering Boris Johnson. But blind ideological weaponisation is not my thing. If one remains objective, it is important to observe that Usman Khan displayed all the elements of radical Mohammedan strategy when dealing with infidels: that is, to lie for the good of the cause, because lies told to infidels do not count…..any more than their lives do.

As ever, hypocrisy rules, OK.

This morning, I at last received a delivery of propane gas from the profoundly unlovely company Butagaz, and its equally disorganised retail arm, Proxigaz.

To provide a brief catch-up, Butagaz demanded upfront payment for the delivery to my underground gas tank, but then failed a staggering eight times to respond to my request for their bank details so I could comply with their request.

The staff of Butagaz variously told me the delivery was confirmed, unknown, dependent on upfront payment and then unlikely. None of this was my fault.

But it meant that the day of designated delivery came and went without any delivery as such.

A week ago, I rang them again and finally made contact with a bloke of this Planet. He gave me the banking coordinates I required, and said the delivery would take place at the latest before December 14th.

A follow-up email from Butagaz then told me I’d get two day’s notice of the exact delivery time.

The delivery took place today (10th August) without any prior notice at all. It was effected by a m’enfouiste (French for surly jobsworth) who delivered 140 kgs less than I’d already paid for. He complained that my driveway was not a fit surface for his lorry, and said he would be reporting this to his head office.

Memo to Monsieur le Président Emmanuel Macron. The reason why your France en Marche is a France en Merde: your citizens employed by Big Business don’t GAF about the customer, have not the first clue about retail liaison, and suffer from an ill-deserved superiority complex.

Having spent your entire life sur le tapis rouge Emmanuel, you will not of course even begin to grasp this fundamental nettle. But fear not – you are not alone: the world’s banking community, multinational corporate class, Brussels bureaucracy and legislative assemblies suffer from the same assumptive disconnect. Thus, your place in the eventual tumbril is assured.

And finally, Chris Curtis – political research manager at YouGov – says the company’s analyses show the Tories with a “comfortable majority”, and seats coming their way at the expense of Labour in the North and Midlands. Said Curtis:

“As expected, the key thing deciding the extent to which each of these seats is moving against Labour is how that seat voted in the European Union referendum…..In the seats that voted most strongly to Leave in 2016 (60% or more in favour of Brexit), the swing to the Conservatives is over 6 per cent.”

This is completely in line with the feedback I’ve been getting.

I stick with my long-held estimate: the Tories will get an overall majority somewhere between thirty and ninety seats.