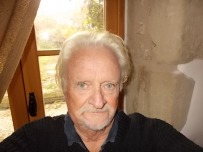 It’s been a funny old news day today. UK police forces seem to have tons of time to pursue people not keen on the LGBTQ circus, but appear unwilling to tackle the biggest single crime in our land – fraud. According to today’s Times, one third of all British crime is financial fraud – but our thin blue line devotes just under 1% of its time to such a trivial matter.

Police chiefs responding to the Times investigation blamed Government cuts to the police force for this bizarre imbalance. That’s rather like MI5 in the 1940s blaming Communist infiltration of the security services on the cost of the war effort. Managers of any institution have access to the stats by which they will be damned or ennobled: you do not discover that your neighbour’s rabid dog is killing your children, and then blame the local dog pound.

It is, I’m afraid, just another symptom of our civil police force spending more time on close surveillance of what the pc media and our legislators think, rather than what might best protect the citizenry.

Myself and 73,923 of my mates are getting somewhat bored with buying things on tick, and then finding that we have inadvertantly sold granny into servitude. We would appreciate your fine constabulary looking into this matter.’

Although you may not appreciate the bravery being shown by my officers in charge of protecting the Religion of Peace from unwarranted attacks by the unacceptably Hard Far Right, I shall continue to follow Allah’s instruction in favour of even-handed treatment despite the vicious and politically motivated attempt by the Pretender Johnson to starve me of the funds I need to silence infidel terrorists. A merry winter solstice to you all’

Over on the Twitter page of Owen Jones, a period of mature reflection on the worst Labour Party performance in a General Election since 1935 is taking place. A couple of days ago, Soviet fantasy tank Kommisar Jonesavitch addressed his adoring billions in the manner of a patronising Shirley Temple to tell all those who took part in the appalling disaster that he was proud of them.

Adding clarity to collective irresponsibility, Nazi-smasher Owen has since had this to say:

So there’s the message, and thank God that we have OJ Simpleton to deliver it. Those with ice picks, purges, rectitude and common sense, beware: our microphones are switched on at your gaff.

We know where you live. Ah-haa.

Across the giant Pond that separates the UK from the US, Impeachment proceedings continue against Donald Trump…despite overwhelming evidence that the unelected State that did for JFK dreamt up the entire “Putin interference” case against the democratically elected President who seems not to be the President of Democrat voters.

He is also not the President of those who go to work at the CIA, the Pentagon, the State Depatment, Texas oil, and NATO. So obviously, he’s working for the guys sporting the Black Hats. He is, in short, a scumbigotsexpestpussygrabbingracistasshole and must be mercilessly put down for his on good.

But yesterday, a former National Surveillance Agency (NSA) boss testified that – um – the CIA conceived, managed, developed and sold the idea of the Moscow interference Link.

Despite all this, Scoop Pelosi and her (anti) Democratic liberal mafia remain dedicated to the triumph of the conformist corporacratic State over the irredeemably nasty forces of independent thought.

How can opponents of this Holy Mission even contemplate the appalling alternative?

To which I can only reply, “How long have you got?”