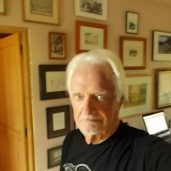 Too much business as usual policy, too many rear-view mirror excuses, too many divisive belief systems. We are no nearer to much-needed cultural reform. There is no 2020 Vision in Westminster and Whitehall.

I didn’t bother with the Queen’s Speech yesterday. I read the transcript last night before nodding off. It promised Brexit, more infrastructural investment and getting back to One Nation. Fine words without much substance, no practical ideas about rebalanced economics, and little in the way of hard targets on immigration. It felt pretty much like it was: a victorious Conservative Party talking centrist while acting  neoliberal. No wonder Macron has changed his mind about Boris: he obviously recognises a kindred spirit.

On the losing side, half-hearted blamestorming continues.

Our beloved Useful Idiot George Monbiot proclaims on Twitter that photo-ID Polling Booth requirements are unfair on the poor and marginalised, and probably stopped 3.64 million Brits from voting in the late, unlamented general election. Some factors for George to mull over as he sips his recycled fart-tea this morning:

Britain has some of the most lax anti voting fraud laws in the world, a Home Office that couldn’t find a man in the street, and secret services that believe there are 15,000 Jihadists in the UK – they just don’t know where. No doubt they assumed that being Islamic, they must be peaceful Jihadists.

Why Labour Lost is, predictably, turning into a game in which players search for unlikely excuses while ignoring the obvious reasons. It was no surprise at all when Paul ‘I’vegorraboookowt’ Mason declared the result “a victory of the old over the young, racists over people of colour, selfishness over the planet.” Yes, it was of course the People’s fault for being so thick. Mason (it’s becoming clearer with every year) is a pretty serious plank himself: he carries inside him a sort of Yobbo version of Basil Fawlty: “Look, I’m trying to run a hotel here, and you guests are getting in the way”.

Talking of dysfunctional celebrities, Lily Allen  responded to a tweet that suggested: ‘The nation has lost faith in its celebrities’ with the inspiring message ‘Hehehehe’.  But don’t lose heart: for at the sharp end, the new MP for Warrington North, Labour’s Charlotte Nichols, tweeted ‘the real work starts now’.

Er, no Charlie: the real work is over. You had a crack at defeating the most economically illiterate, fiscally incompetent and pledge-breaking Conservative Party of my lifetime, led by a serial liar, promise-breaker and corrupt cover-up justice perverter….and you lost more comprehensively than at any time since 1935.

You see Labour folks, you were led by a shifty, wriggling ideologue; you broke your word on Brexit; you were top-heavy on arrogant metrochic radicals, corrupt electioneers, Momentum Trots, and nutjob man-hating feminists; and you spouted endless piffle on behalf of minorities that spanned the entire spectrum from fascist to deranged.

That’s a polite way of saying you were even more uselessly out of touch, amateurish, hidebound and censorious than the other lot. You were, as they say in Liverpool, “F**kin’ last”.

So for the third time in nine years, I make the same observation: Britain needs a new Opposition not called either Liberal or Labour. With fresh ideas that are neither Left nor Right, but rather, mutualist, practical, compassionate policies that look to make our society more consensual, better informed and less materialistic. Our sceptred Isle has turned septic – horribly infected by dogged ideology and privilege on many levels. The only antibiotic likely to cure the culture would be a new force to deliver on the promise of making our People more fulfilled and united.

The problems are of the West or “First” World, not just Britain. Another Frankenstein Westminster Party constructed from dead political corpses isn’t going to hack it. From here on, the Resistance must use legal and peaceful pressure to effect Ground-Up cultural change by real people on the ground.