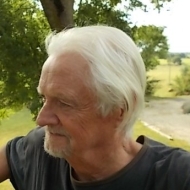 Are Britain’s feeble remains of democracy still safe? Are the Sedwill technocrats really back in their cage? Will Dominic Cummings be given a genuine chance to sweep clean in Whitehall and wipe out our archaic voting system? Can Labour ever be relevant again? Will the coming econo-fiscal disaster help or hinder lasting reform in Britain? The Slog investigates.

Last June, Dominic Cummings wrote on his blog to declare that there were “no tools” in the Cabinet room. With the ennobled airhead Nicky Morgan and wheeler-dealer Grant Shapps back in the room, he may now wish to change his opinion. But the only news that really counts, frankly, is that Sir Mark ‘Elephant’ Sedwill is still there. Quelle surprise.

As long as the Archbishop of Counterespionage is still in place, then the unelected State is still in control. From here on, however, he will find himself up against Deadly Dom: and Cummings has taken two weeks off to prepare his idea of festivities – culling the Whitehall spoilers as quickly as possible, while drastically cutting the population of their fiefdoms. One key commonality between him and Boris Johnson is their desire to sweep clean when it comes to the pernicious amateurs.

Amusingly, the UK national press has been awash with leaks all week about how certain departmental mergers, hivings off and splittings up would be “a terrible thing”, “not the right skill set”, “unlikely ever to bed in” and otherwise the sort of catastrophe to be evaded….along with mass issues of the P45. This is to be expected, as is the arrival (I understand) of rather more outside consultants with a higher likelihood of, um, knowing which way is up compared to the average Mandarin careerist.

But is Cummings likely to achieve (or even want) the break-up of Sedwill’s nexus of federalist gargoyles that produced Ollie Robbins, now easing himself into the crumbling edifice of Goldman Sachs? If he does, then people should stop knocking him. I have my doubts….but he intends to have a damned good try.

Cummings might want to hang Sedwill using the disastrous Government Digital Service (GDS) as an example of wasteful amateur night. Memorably referred to by one insider last year as “spotty adolescents tapping tablets and f**king about with Java script”, Sir Mark has not done that well when it comes to nettle-grasping: former GDS boss Kevin Cunnington (not, as far as I know, a character from Nuts in May) was quietly shipped off to International in June 2019, and former EU-exit blocist nuisance Alison Pritchard (a Robbins acolyte) has taken over as the new director….but only on an interim basis. If Cummings targets her as in need of replacement, it’ll be a good sign for those who want sovereign Brexit.

For what it’s worth, the National Audit Office (NAO) has consistently recorded its critical view that ‘as yet it is hard to see what savings if any have accrued from GDS’s foundation’. That took place in 2011, so it’s something of a serial failure in the tradition of Connecting for Health. I like the NAO: I worked with them some years ago, and found it to be one of the few government outfits that does a good job. Sharper teeth would help, but you can’t have everything.

On a broader canvas, however, very hard turd-shaped bricks have been emerging from the Whitehall orifice ever since the Johnson majority was confirmed last weekend. Dominic’s own blog uses quotes at regular intervals to describe his philosophy in relation to The Monster:

‘The main thing that’s needed is simply the recognition of how important seeing is, and the will to do something about it…..Much of our intellectual elite who think they have “the solutions” have actually cut themselves off from understanding the basis for the most important human progress….’

Equally, Cummings is nothing if not eclectic in drawing upon various branches of science to inform and highlight his own radicalism:

‘….creating dynamic tools to see complex systems deeper (to see inside, see across time, and see across possibilities), thus making it easier to work with reliable knowledge….Fields make huge progress when they move from stories (e.g Icarus)  and authority (e.g ‘witch doctor’) to evidence/experiment (e.g physics, wind tunnels) and quantitative models (e.g design of modern aircraft). Political ‘debate’ and the processes of government are largely what they have always been — largely conflict over stories and authorities where almost nobody even tries to keep track of the facts/arguments/models they’re supposedly arguing about, or tries to learn from evidence, or tries to infer useful principles from examples of extreme success/failure.’

One of the reasons I’m a Cummings fan (part from the fact that Leftlib fluffies despise him) is that he really does have his eye firmly on the ball about moving government away from anecdotal and/or ideological bollocks towards a more utilitarian approach based on empirical trial and performance measures that go beyond braindead Blairite targets.

A huge tick in his favour is an obvious distaste for FPTP as an electoral system. If he achieves nothing more than replacing it with a sound PR alternative (as opposed to the limp crock accepted by Nick Clegg in 2013) then we shall be in his debt.

But reading the second ruddy-coloured para above, it’s not hard to see why both MP minister-level bigots and muddled mandarins will be running scared of him. A few more like Mr Cummings in the corridors of power, and we might make strides towards dumping catechism in favour of careful examination.

The problem one encounters along that road is how to stop the whole thing turning into a technocratic process which then becomes some sort of quasi-religious and rigid belief system in its own right.

I think the two ways to avoid this are first, a rekindling of creative, practical philosophy in our political culture; and second, the constant need to put people and planet before productivity and profit. Boris’s live-in partner does seem to have shifted him towards planet-think, but I  doubt if either she or Cummings could ever turn him into the One Nation Tory he now presents to a gullible public – even if they wanted to.

Every last thing about Boris – his family, his education, his journalism, Darius Guppy, his Mayoral corruption and cover-up capers, his endless broken promises and last but not least The Skripal Affair – lead to the inevitable conclusion that his sympathies lie with all the élite Big League geopolitical claptrap that is now flapping its tattered wings on the way to roosting. He flies, lands and quacks along with all of it; he is indeed a duckwit.

And herein lies the opportunity for the Resistance that will, hopefully, keep duality alive in Britain. Because BoJo has neither the motivation nor attention to detail that is going to be required in the Ground-Up reform of the United Kingdom….or whatever it winds up being called. Further, he will protect his mates in the City at the expense of the rest of us.

The only certain thing about this pacifist and reformist Maquis I propose is that it must resist any and all attempts at infiltration by political ideologues – be they Zionists, Socialists, Islamists, Globalists or Monetarists. And yes, that includes Common Purpose, Masons, Green CO² fanatics and all the rest of the rebranded disguises adopted over the years by failed authoritarians: Andrew Marrs and Mandelson fag-hags need not apply.

Labour simply doesn’t have the vision or balls to dump collectivism and brand in favour of joining a real, open-minded Opposition. For many decades now its imminent deaths have been greatly exaggerated, but one Foot, one Blair and One Corbyn later, it does seem this time to have run out of road. The expansion of multiculturalism as a creed has been stopped in its tracks by massive African migration into Europe, and the growing awareness that Islam is far from peaceful or democratic gets greater every year. What had been a broad church has turned into a Tower of Babel, leaving no room for the traditional common sense of a shrunken working class.

Devolved mutualist artisans with an honest commercial perspective can, in the fullness of time, come to represent a natural majority. Sadly, what we still call the Labour Party will have less and less relevance to a truly independent Britain….should we succeed in genuinely achieving that status. One only has to observe the beginnings of the Party’s hunt for a Corbyn successor to grasp just how far up the line from fairyland it is.

Compare and contrast the ex cathedra decree from Kommisar  McDonnell – instructing by decree that We Shall Have a Woman – with the considered intellectual approach of Cummings. It really is risible: “Never mind if she’s unelectable, Jess must be given her chance”. Prime Minister Abbott?

Or from the other “wing” of the Party, step forward Keir Starmer: a man who would bring all the charisma of a hat-stand to the table.

What Labour would love to wind up with is a gay, transgender, black-and-white celebrity Muslim leader called Owen Emily Michael Jackson Islammy. The sort of androgynously fanatical paedophile who could quickly unite the Nation. Behind Tommy Robinson.

Before any of this can rise or fall, we need some form of draconian equality that turns the average doubting TV-drongo Britstick drain into a radiator. But fear not, because the central banking system under its commander N.Y. Fedreserve is working on a plan to ensure that, by Christmas 2022, equality will be near-universal, in that 97% of us will be penniless.

Although I remain concerned that events will make the nastier end of Antifa and Momentum focus on the opportunity to incite violence against those gated from We the People, my hope is that turning the sofa-dwellers upside down – and shaking until they can’t even afford to watch repeats of Downton Abbey Throne Games any more – will be enough to finally drive them into civil disobedience. It just might be the making of them.

So where are we on crossing the Jordan into the Promised Land? My overall view is that a few determined swimmers are wading out gingerly, worrying a little at the sight of sharkfins cruising further offshore. But there’s a mighty wind blowing behind them, and it may well act as an encouraging force to blow them into attempting a crossing whether they like it or not.

One of the great joys of writing and marketing The Slog over the years has been an ability to observe doubters out there who revel in dubbing me ‘doom merchant’ one day, and ‘naive Utopian’ the next – a sort of Thomas Less, if you like.

I love that: doubt is good. People should apply the same rigorous investigation of me as I apply to those whom, it seems to me, do inhabit a Universe – just not this one.

The choice, as always, is between philosophical debate prior to testing on the one hand….and a diminutive dictator screaming his head off about obviously settled science on the other. The first leads to the future. The second leads to Götterdammerung.

Enjoy the rest of the weekend.