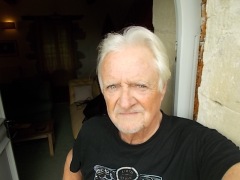 Macron’s big tax raid on US tech companies, the Boy King’s guillotine on imports continues, the Gilets Jaunes battle on, and départments start to reject the Elysée’s speed-limit stealth tax. But there is no end in sight to the Macronisation of France.

France took a new step this week in its ongoing war with digital tech giants by reaffirming the plan to levy taxes from them. It’s a move that will offend the USA, because the companies primarily affected are American owned.

While this policy is in line with the Boy King Macron’s policy to irritate Donald Trump at every turn, it actually has far more to do with the still yawning gap for fiscal year 2019 between French tax income and expenditure.

The tax involves a windfall 3% levy on the tech-cum-social media sector, and if one’s being objective about it, the concept represents a truly indefensible raid by gallic tax pirates on another nationality. I use the word “objective” advisedly there, because I loathe these companies far more than Little Emmanuel ever could. But then, he is a man in a fiscal corner, whereas I’m not.

The levy will affect companies with sales of more than €750 million, and a French revenue of more than €25 million. By way of retaliation, the Office of the United States Trade Representative is suggesting an increase in the tariff on French goods of 100%. This is what we international trade gurus refer to as An Awful Lot.

It’s hard to see how President Macron can get more desperate than he already is on his balance of payments catastrophe. In late November, he issued an edict demanding a guillotine on all imports. This is odd behaviour for one of the founding nations of the EU, a fascist Superstate that declares itself to be a free trade area…..but it has gone ahead. Keen students of wine comme moi have already noted the absence of Spanish and Italian wines on the supermarket shelves, while the once commonplace New Zealand leg of lamb has become something of a rarity.

Meanwhile – despite all State media attempts to suggest otherwise – the pressure group Gilets Jaunes continues to be a bite on his Manny’s pert bum. Last Saturday, on the 45th day of widespread strikes with 59 arrests (and yet more claims of gross police violence) huge demos took place in Paris. Macron and his wife, Brigitte, had to be rushed from a Paris theatre after protesters tried to burst in and disrupt the performance.

On the same day, a major event in Toulouse brought the city to a standstill. Pro-Elysée tabloids continue to follow the government line that the GJs are pointless anarchist renegades, but the truth is that the demos only take place at weekends because these people are ordinary artisans, truck drivers and sympathisers who have jobs during the week – yet still have to struggle against what they see as the stealth tax injustices of the Boy King’s Bourbonesque régime.

Despite the bias, a debate has begun in the more serious French media about two topics: first, endemic police violence; and second, the cynical decision of Macron to reduce the 90 kph trunk-road speed limity to 80 kph.

French prosecutors said yesterday (Sunday) that they would launch “a rigorous Inquiry” after footage of a detained GJ demonstrator being punched and kicked went viral. During the summer of 2019, several Yellow Vest demonstrators lost a limb or an eye from flashball riot guns now in routine use by the CRS. A sizeable proportion of French press media headlined that police violence is now ‘en grand débat‘ here.

While not holding one’s breath for anything substantive to emerge from all that, two French départments have announced that they will reverse the Macron decision to reduce the off-autoroute speed limit from 90 to 80 kph. This feels like an attempt by regional politicians to get reelected on the back of widespread motorist dislike of the new limit; but on the other hand, the policy was another stealth tax device to catch French drivers unawares. To date, there is no evidence at all that it has reduced the death toll on French roads.

However, the one notable change in recent weeks (better late than never) has been the grudging willingness of UK media like The Guardian to finally recognise that their “Centrist” hero Emmanuel Macron is little more than a neoliberal Anglo-Saxonisme stooge, and admirer of the same impaired social vision as our own Boris Johnson.

Please do not confuse my acerbic comments on French macro-life with the sort of fluffy nonsense that imagines a Second French Revolution at any minute. Political reality insists that Emmanuel Macron will be reelected in the next Presidential election process scheduled for April and May 2022.

He is indeed O Lucky Man to have come to power when the resistance to centralised federation at all levels in Europe is split between the opposed (and equally unacceptable) ideas of the Syndicalist Left and the ultra-Nationalist Right.

Indeed, the sense in which the Boy King Child of the Roths is between two stools ensures that his faux centrisme will gain him a Second Term.

But he will still be piggy in the middle. And his retention of power will lead to more violence.