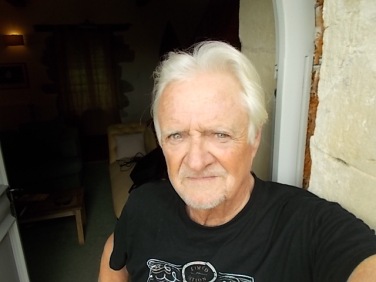 I wonder how many people now remember the MPs’ expenses scandal of 2009? Or the sudden realisation the previous year that bankers had lost the World some $30 trillion, but couldn’t say where it went?

More to the point, do you remember the media coverage afterwards, and the general tone of it: lessons have been learned, there must be reform, this is appalling and so on?

It was as if democratic electorates in the West had finally grasped that, not only did the Establishment not know what they were at, they were ripping all of us off for the privilege of having them work for us.

Blair was Labour’s longest-serving and most popular PM ever, David Cameron went on to win an election in his own right, Jeremy Hunt was promoted via Health to Foreign Secretary, and Boris Johnson is Prime Minister too. And to cap it off, the banks lobbied every regulatory attempt into dust, and are now about to go bang again on a scale hitherto unimaginable.

Now you could call this an extraordinary run of good luck for incompetent bastards; or you could say ohnonononoooo……this is the way it works I’m afraid, chummy. The way to win in politics is to assume that the electorate has the memory of a stickleback, look good on the telly, and promise change without delivering any of it.

Over the last two days, Boris Johnson has been very publicly venting his steadfast fury at the EU for reneging on things he says he agreed with them in return for getting the Withdrawal Agreement through Parliament. But behind the scenes, WA2 is pure Brino, Mark Sedwill is still in place, Whitehall is still run by Remainers, and nobody across Whiteminster in general is paying any attention at all to the growing gap between bourse valuations across the world, and on the ground economic reality.

Cast your mind back a month, and BoJo was ranting about the lunacy of letting Islamist fanatics out of prison early so they can kill again. Now Streatham has happened, and Mr Johnson doesn’t have a lot to say on the subject. Two days beforehand, an OfSted inspector found an Islamic school in the Midlands teaching kids right from wrong – using a book saying it’s ok for men to beat their wives up. No comment from Downing Street.

Just as with uncontrolled immigration since the mid 1980s, our Ruling Class (and stop kidding yourselves – that’s the best description of them by far) has been ignoring the growing sense, amongst those with common sense and all the primary senses in place, that Islam has not, doesn’t intend to, and never will assimilate itself into our society and be British first and foremost.

Each year, the International Diplomatic Association devotes a meeting to discussing what they regard as the top ten most unstable countries around the world. The last time I looked, eight of the ten had Islamic minorities, all of which were variously bombing, burning, beheading and stabbing their way into the public consciousness….or feeding Jihadist movements under the table. These last were, interestingly, Saudi Arabia and Turkey. Just fancy that.

Perhaps the most interesting inclusion in the Ten was the Russian Federation. There, the country’s armed forces contain a massive Islamic minority; apparently, the Generals and Putin are less than convinced that, if it comes to putting down Jihadists sooner or later, they’ll be able to count on their allegiance.

What follows is a simplification, but it is not simplistic. We have a Jihadism sympathy and anti-integrationist problem among British Muslims because first, they don’t accept any of our values about democracy, gender equality and freedom of worship; and second, because we have once more foolishly tied ourselves to a US neocon foreign policy that positively breeds instability….and thus régime change – to suit NATO energy interests.

We have done nothing to tackle this domestic problem with a firm hand because first, we don’t want more Saudi slush-petrodollars supporting British macheté lunatics; second, all governments run scared of kneejerk pc-braindead fascist-seekers; and most of all, we have a huge arms business with the Saudis, and would therefore do anything to placate quite the nastiest, most socially vicious and insane country on the planet after North Vietnam.

During his short tenure as Foreign Secretary, Johnson approved £1.2 billion worth of arms sales to Saudi Arabia. These included £270 million worth of ML10 licences for armed aircraft, and £880 million worth of ML4 licences (bombs and missiles etc). The last part of that, he signed off just two weeks after the Saudis bombed a Yemeni funeral killing 140 people.

This was how Boris Johnson declared his love for the Saudis via his Twitter account at the time:

So now you know, folks: as long as Boris is in Downing Street, the issue of treasonous Islam in Britain is not going to be faced – and our citizens will continue to die. Becuase we have an enduring alliance with a snake-pit.

But of course, this is nothing to do with Boris Johnson in particular, or even any one Party. In 2002, Blair brazenly perverted the course of British justice so as not to damage a Saudi arms deal.

As I keep on saying, Britain’s problem is constitutional. There are many millions of UK voters who want régime change in our country….but if we ever look like getting it under the current corporacratic system of doing things, somebody or something will step in to stop us having it. The following inanities will continue:

Regulars at The Slog will already know that I am a pacifist opposed to violent overthrow, but we have a political, administrative, banking, economic, media and social investment approach that is unfit for purpose – if indeed it ever had any purpose beyond enriching the wide-boys.

Our legislature is rotten to the core, our bureacracy corrupt and amateurish, our Parties strangulated by outdated ideologies and hijacked by fanatics, our economy grossly overdependent on overexposed banks, our media complicit, and our educational philosophy anally conformist and over-politicised.

But above all, we need to be brave, radical and creative. Ground-up reform, not top down.

Without all of that, we will never make a success of Brexit. And we shall never restore standards of behaviour in public life.

This isn’t my job any more. It’s the job of everyone under forty who can still think.