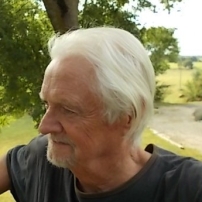 Recently, I posted on the subject of Murdoch’s vendetta against the BoJo/Cummings régime in Downing Street as the next stage in his desire to crush the BBC, and finally dominate Britain’s media output at all TV, radio, tabloid and online levels. Over the last 48 hours, the News International Blitzkrieg tank has engaged fifth gear. Whether it will reach Warp Factor is yet to be seen; but its news balance is as warped as ever.

The attack began at dawn yesterday with a Sunday Times opinion piece so preposterous, I began to wonder if I’d lost 25 days and beamed forward to April 1st. It was, if you can imagine such a thing, written by Alastair Campbell…..proffering advice to Dominic Cummings about nastiness towards nice little officials just doing their job. It was breathtaking in its hypocrisy, and involved so much defensive throat-clearing on his own behalf, one felt perhaps Covid19 might had found its first Spin Doctor victim.

‘Don’t be dumb, Dom,’ he quipped. Oh how we cringed. Acres of rewritten near-history drivel and exoneration followed – all from the man who assaulted the Attorney General over the WOMD dossier, admitted on Parkinson in 2002 that he had “made up the whole thing” about David Mellor’s sexual antics, threatened David Kelly on at least one occasion, and given Greg Dyke a lengthy and largely Anglo-Saxon rant about shallow graves while he was the DG at the BBC. Dyke survived; Kelly and Cook were not so lucky.

The idea that Campbell and Cummings have in any shape or form the same job function or aims is patently ridiculous. There is one overriding difference between them : the first was a liar working for political advantage without caring a fig for the socio-cultural consequences; the latter is a ruthless attack dog working to defend the People against Whitehall’s long-held belief in its right to have grubby coups d’état when it suits them.

Blairism always was a con-trick working hand in glove with functionary ‘signals’ politics and the Metrochic élite. Cummings wants more substantive action that is balanced, accountable – and democratic. Campbell and Blair took the Pentagon, MI6 and NATO pressed shillings over Iraq, and joined forces with their natural allies: the corrupt, corporate revolving door and Whitehall élites – who began ever more boldly, at this point, to shout everyone down with the words “National Security”.

All this came to a sticky end in 2018, when Sir Mark Sedwill and Olly Robbins conspired with Philip Hammond and Theresa May. They came within a whisker of selling British sovereignty to the Brussels mobsters. Three of them have been banished, but the globalist geowhore Sedwill remains in place. One of his key power-bases is the Home Office (think May and Robbins) and now Priti Patel has gone in there and flatly refused to listen to patronising amateurs explaining what she should and couldn’t do on immigration. The lead booby has shot himself and now demands compensation from the Government.

Patel has Cummings’ full support. So – and this was always inevitable – Sedwill has decided it’s time to take on Dominic the Dominant. A Cabinet Office enquiry has been opened into charges of bullying by Patel. I italicise there with good reason: Sedwill is the power in the Cabinet Office.

Where, we wonder, was the Cabinet Office Enquiry into Robbins’ blatant attempt to pervert the Constitution by creating a shadow Whitehall EU ‘negotiating’ team working direct with Berlin officials? But this is not, and never has been, a level playing field.

With thinly disguised glee, The Times today reports that ‘Boris Johnson asked the Cabinet Office to investigate if [Patel] had breached the ministerial code’. That isn’t what happened: Sedwill’s Whitehall allies “spontaneously” sent a joint complaint to the Prime Minister, and Sir Mark insisted on the enquiry.

As I posted before, we may within weeks – perhaps days – know which side Boris is “on”. If Patel gets fired and Sedwill stays, then Cummings is doomed, and BoJo is (as we probably always suspected) just another bumboy doing Big State’s bidding. I would genuinely love it if Johnson proved us all wrong.

But to return to the big issue here, what we’re witnessing is the second battle in the first war among the élites. The first one – Brexit – was between State-licking media barons and The People. My judgement thus far is that it was a narrow victory for freedom….but largely inconclusive.

This second battle now under way is between one megalomanic dystopian media globalist, the State and the Libleft on the one hand, and a new generation Tory Cabinet reform clique on the other that genuinely wants Brexit and Liberty. Frankly, the latter side will be hopelessly outgunned unless BoJo’s full support can be achieved. It’s hard to know what side Carrie Symonds is on. But one thing is official: she is pregnant.

I urge you to scan the political output of the Times of late. I laughed aloud all those years ago when the Digger told the Culture Media & Sport enquiry that he “never used his news media to further his business ends”. The current Times gets more and more like the Guardiandependent every day….to the extent that it now reads like the assorted tweets of deluded Labour MPs…..Boris the absent PM, Boris uses baby as distraction, Cummings is an arse (x7), Patel has a history of bullying. And don’t get me started on the Oped cartoonist, who shows every sign of being unhinged.

Today, Rachel Sylvester (who she?) tells us that Whitehall reform is impossible, so give up.

All of this brings us to a summing up of what we’re looking at.

Allies are joining together against the Johnson-Cummings hegemony. So what makes the Blairite-Remainer-Murdoch-Whitehall-Spook-PCliberal Axis Powers so keen to band together? What do they all have in common?

It’s not rocket science. They’re all crypto-corporacrats who want complete power to brainwash everyone into their varietal Identity politics, Geopolitics, socially divisive ideologies and narrow ideas of what news, information and education are. Rupert taps phones, MI6 runs GCHQ to read our emails, social media cooperate with business and MI6 to know everything about out needs, desires and locations. It’s a series of revolving doors enabling the 3% to tighten their grip on the rest of us….long before we get any serious ideas about stopping them. It is Mussolini’s 1927 definition of corporate fascism made flesh. Once elected, Keir Starmer will slot perfectly into place into the body politic – probably up a dark back passage somewhere.

Are we inevitably doomed to enter what Churchill in 1940 called “a new dark age”? Somehow, I doubt it. I think these élites will fall out in the end. News International wants to replace the BBC, but MI6 and NATO want to restore its reputation…..with nothing off message, of course. Social media will want more income via a bigger element of public information in their mix, Murdoch’s NI won’t give them anything without a fight.

As for Covid19, it could pan out in any number of different ways. Virologists and national politicians will want borders closed, the EU will balk at that. There may be some loss of public order, fights in shops, and battles with migrants….the news from Lesbos today is, I think, a portent of more to come.

In the meantime, there really is one big legal case right now which can provide a pointer. That is the deportation to the US (or not) of Julian Assange. As we have come to expect with our heroes these days, Assange is a curate’s egg, and his supporters a mixed bag at best. But he is, ultimately, a butterfly being broken on the wheel.

I hope to complete the post on that one tomorrow. This post today is so late because we’ve had yet more violent storms here and we lost power three times and internet on two further occasions. I am not in the mood to apologise for either EDF or God.