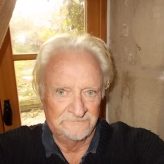 In a situation where alarmist élites have created information cacophony about COVID19, and thus mass hysteria, there is an urgent need to keep things conclusive and simple.
This is not going to happen via a site of my limited influence, unless one staggering factoid were to be discovered by me which then went viral. So for the time being, one can only keep piling on the evidence, and returning to the logic (where possible) of a consistent argument querying the need for this “global emergency”.

Today, I’d like to do that using the medium of questions appealing to the common sense of the reader.

1. To take three of the key Western heads of Government urging total shutdown across the board, Donald Trump is a retail property billionaire, Boris Johnson is a pro-Bourse globalist neoliberal, while Emmanuel Macron is a radical monetarist reformer and one time senior Rothschild banker.
Judging from their personalities, track records and previously expressed priorities, does it seem likely to you that their sole motive for crashing the World Economy is to save the lives of an additional 0.4 – 0.6% of humanity….most of whom will be over 60 and already in trouble with other health pathologies?
Remember: Trump closed the US Control Disease Center, Boris Johnson has acquiesced in the embezzlement of State pensions due to 3.64 million 60+ British women, and Macron is at war with the CGT and the Gilets Jaunes about mass reductions in citizen pension rights.

2. Let us say the ‘lockdown’ approach lasts three months, and during that time only reduces the global GDP by 7.5%. In 2019, the global GDP was $142 trillion, and so the reduction in output would be $11 trillion.
The global population is 7.7 billion. 0.6% of that is 46.2 million.
The cost per life, even at a 100% success rate of death avoidance, would be $240,000. That would cripple the welfare provision capability of every economy in the world.

46.2 million sounds like an obscene number of deaths, doesn’t it? But 60 million people will die in 2020 anyway. When you compare that to the 99.4% of people who won’t die, however – but will see their standard of living reduced perilously – what’s being suggested by world leaders is ridiculous to the point of being utterly surreal.
So why are they following that course?

3. Now, I would argue that the deathcount I’ve postulated above is in fact ridiculously high. The Boston-based catastrophe risk modelling firm AIRW would certainly agree: they’re projecting 30,000 deaths in total by the end of this 1st Quarter – ie, March….in a period where everyone’s been running to catch up.
If the Draconian thing is indeed effective, then one could suggest an absolute maximum death toll of 100,000 during 2020. But even were it to be four times that, 400,000 is only 1/115th of a 0.6% death rate.

That’s an unthinkable cost per head – but not really the point: the question here is surely this: why is every national leadership in the world projecting 46 million fatalities, when AIRW projects a figure 115 times smaller?
Because, like it or not, that’s what 0.6% of 7.7 billion is.
So either AIRW is up the pole, or the élites and their media are vastly exaggerating the threat.

4. OK, bear with me – we’re almost there. 35 years ago I found myself developing an advertising strategy for the Department of Health, as it then was. This meant I had to do a crash course in epidemiology. So I spoke to a number of eminent virologists and specialists in tropical medicine and so forth.

This was the Page One learning: if you can’t contain an infectious disease – whatever its mode of reproduction – then the only possible approaches are (a) immunisation and/or (b) exposing patients to the disease, and letting their immune system do the best it can.

Among the few things anyone can agree about in relation to COVID19 is that it is remarkably good at seeking out new hosts. The latest stats I’ve seen suggest for example that it is 15.5 times easier to catch C19 than it was SARS.
Today’s (10am CET) best estimate is that we are at least 10 months away from any kind of immunity serum.

Ergo, the best way to build natural immunity in the population (without that involving patient death) is to focus on very stringent isolation of the vulnerable, but otherwise carry on normally, let people catch the damn thing, and then watch it die out.
The thing most likely to minimise natural immunity is lockdown.
Aside from Holland, lockdown is the chosen approach of all the leading players in this drama.
Why?

So the bottom line is this: regardless of how and why COVID19 kicked off or what motives may be involved in the Establishment reaction to it, the questions to be addressed are > > > why should we believe in the philanthropy of sociopaths, why is it worth spending a quarter of a million bucks per head to save lives by trashing the global economy, why is there a 100+fold mismatch between élite projected death rates and private consultancy estimates, and why are we minimising immunity when we should be humanely maximising it?

I don’t see any of that as paranoid or in any other way loopy. I simply see four questions being snowjobbed into silence by those with dubious motives.
There is a fifth question of course, which becomes more pressing every day – is the “science” narrative being dictated by Unelected States or the People’s needs? But that’s one for another day.