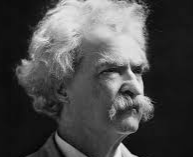 A special report from our science editor, Saul Bollocks

Put simplistically, IABATO dwarfs the threat from Covid19 by a factor of

where the value of obscure Greek symbols is multivariate. Based on that settled scientific projection, every human infected by the IABATO virus will have toenails poking through their shoes by 13:56 GMT 2023.

Although the Amalgamated Association of Shoe Manufacturers And Distributors (AASMAD) dismissed the forecast as “a load of old cobblers”, Health Secretary Hattie Mancock immediately ordered 72 million pairs of surgical boots in sizes 34-48 from Indonesia, all in a rather fetching shade of sky blue.

Prime Minister Doris Jobsdone went on national television at 8pm to offer encouragement and advice to her subjects.

“Now look here,” she began,”I won’t beat about the bush, or at least, not in public, as a result of this deadly, killer disgusting existentially threatening virus, some people are going to lose their heads and get into a flat panic, but I’d like first of all to make it absolutely clear that IABATO does not affect the head, and you have nothing to lose but your feet.

“Our top chaps at Porton Down are working on an effective vaccination, and have made a great deal of progress using a cocktail of Novochok, Corona beer and Flash cleaner which, as you all know, cuts development time in half. I have asked them to team up with world leader Omnimmune (2021) Incorporated of Kentucky, and their lead boffin Dr Beelzebub D. Faust will be coming over here to direct operations once the FBI has completed their enquiries in relation to his dealings with Huwaei-Five-Oh and its subsidiary, Di Flom Fru.

“Together, you, me and well-connected experts can beat IABATO because we are a great nation of enormous creativity of nativity and diversity of University. We have in our midst, for example, peaceful Jihadists who are already being recruited to offer their skills in separating limbs from the rest of the body, and our very own exporting hero Pants – a vibrant company specialising in the manufacture of vertical take-off trousers. Together with Clarks of Somerset, they shall be developing a new product, Hoverboots, for those who do not wish to walk on pavements already 130% infected by IABATO.”

“In the meantime, you must stay at home probably forever with your feet in a hot bowl of porridge oats. You must not under any cirumstances use footwear made of leather, cork, chocolate, plastic, rubber, fibreglass, and especially not pizza dough or any substance made in a factory also using nuts, bolts, screws and swizzle sticks.

“Above all, do not buy, read or make fires with newspapers, as they are infamous carriers of IABATO”.